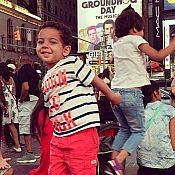 YellowPages.ca
“scam”
My husband has been scammed by these people!! Did not even sign a written contract with them and 'apparently' voice is considered a contract when he fully told them he will review the contract and send it to them. He has been trying to cancel with them called them, emailed them, more calls but now he is being sent to collections. At this point do you guys consider him going to small claims ? Has anyone tried do you suggest any other way ?
Helpful (13)
Thank you

Israa hasn’t received any thanks yous.

Israa doesn’t have any fans yet.

Israa isn’t following anybody yet.

Remove auto renew because it's just a scam to benefit Yellow Pages not for the customer (Remove...

My experiences were the same as everyone else's. SCARY! I emailed everyone I could think of. ...