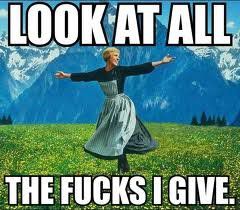 FanStory
“Fanstory is fine if you keep your mouth shut regarding...”
Fanstory is fine if you keep your mouth shut regarding sexual predators and contest cheats soliciting votes. When I tried to bring this to the attention of the site owner Tom Ens, I was treated with contempt, had my work consigned to the fanstorian crematorium and my account suspended numerous times. He reactivated my account after supportive poems from other members. Today he finally deactivated my account permanently because I had once again written a cryptic poem regarding a cheat who had procured votes and won the month of the poetry contest. The contest cheat identified himself in a review of an open letter to Tom Ens from another fanstorian poet who had written a letter in my defence,. The result was; her account 'temporarily' suspended and as I have already said, mine being deactivated permanently. The ratings system is a con. All you have to do is look at the poor quality of poets in the top 10. In particular - Mrs Happy at no 7 and Righteous Riter at no 4. Righteous Riter posts homophobic posts, such as The Writing on The Wall and shows no poetic skill. Despite protest from a 'minority', Tom Ens refused to condemn the post, Sadly, the majority supported his homosexual rant. He recently wrote another purporting to be Jesus Christ himself! Barely one objection out of over 100 reviews. There are many members on this site who are genuinely lovely people, have integrity and are talented writers, but they are not given the recognition they deserve. When disgusting sexually offensive remarks were made by one, Tom Ens refused to suspend this member's account. He is one who purports to be a Rabbi, but is not even Jewish. Tom Ens simply deleted his offensive remarks, although I had asked them to stand so others could be warned. The owner of this site has two years membership paid by me, but of course will not refund my money. He makes the rules up as he goes along and has his favourites, i.e., the members who pay the most money to promote their inadequate works. BE WARY!
Helpful (34)
Thank you
WritersCafe.org
“i would not recommend this or any writing site unless...”
i would not recommend this or any writing site unless you don't mind reading $#*! and saying it is wonderful, don't expect critique from one's who have ability, have no talent as a writer yourself. i do recommend it if you want another pretend friend, are delusional about your writing prospects and like facebook. that's all folks!
Helpful (10)
Thank you
CosmoFunnel
“i didn't join but a friend did”
i didn't join but a friend did - read their t&c's! they own your copyright once you post on there and is no way, so they think, you can delete your work. There is of course a way round that - just edit, change the title to, for example, 'a bunch of crooks' delete your work and put in its place, STAY AWAY!
Helpful (5)
Thank you

Indie Has Received 1 Thank You

M J. thanked you for your review of CosmoFunnel

“I'm just finding out it's a questionable site. Not only can I not delete my poems. I can't delete my page to leave the website either. So I just did as you said and edited everything to say they're crooks.”

Indie isn’t following anybody yet.

Your time is limited. As is your money. And there's one thing your hard-earned money and precious...

A complete and total joke. I have to think that the ballot box was stuffed considering all the...