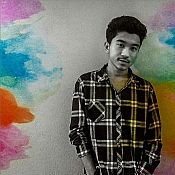 I am so passionate researcher.

Picoworkers
“Another time wasting site...”
Picoworkers site is just giving you microjobs that really pays you so little and the work to be done is so critical. You need to watch small ads and do small jobs to earn little.
You are just wasting time and according to many users their account were blocked when you are going to withdraw the amount.
Now its on your hand whether you want to use this time wasting site or do your own bussiness and earn big amount.
Helpful (6)
Thank you
WowApp
“Waste of Time...”
Who ever use this app to earn extra income, he/she is just wasting his/her time by just watching ads, playing games, chatting, doing instant works and others.
Even if you work so hard and spend alot of time in this app, you will be paid so little.
Only the way of income from this is by referring others more and more.
This app is not scam but it takes 1 month to earn $1.
This app is just a waste of time. If you want to earn more money than go and work, do some business and stop using this nonsense app.
Helpful (2)
Thank you
Guild Wars
“Bugs”
I've been following and playing MMO games for years now, and for the most part, they've essentially been the same type of game. Take a long time grinding, doing "FedEx quests," and traveling; and dealing with server downtime and bugs. Guild Wars has slickly sidestepped most of these issues by being only partly an MMO. The cities and some far-flung locations act has hubs where players can socialize, trade, buy gear, sell loot, and gather up into parties, but everything outside of those relatively small zones is an instanced experience, where you either fly solo, with your four-person party, or with game-controlled henchmen.
Helpful (1)
Thank you
GoTrack
“Gps tracker”
A real-time, GPS-based pickup and delivery management solution designed to maximize employee productivity and promote efficiencies. GoTrack lets you take back the control and allows you to focus on growing your business.An interactive map based interface lets you streamline your entire process from allocation you dispatch and from scheduling to tracking a delivery. It enables you locate your workforce on the map in real time.
But you need to pay at starting.
Helpful (1)
Thank you
Decanter.com
“All about Wine”
This website decanter.com is the best site to know all about wine.
Different types of wines can be introduced here.
Also news related to wine are also provided.
But you need to go to premium for full access which is a problem.
Helpful (3)
Thank you
Bright Horizons
“Need to try”
This site provide you job and pays you for caring children and old.
There are lots of amazing people that you will meet and the work culture is fun and relaxed at time. Management is a bit of a pain at times but if you can look passed this and become involve then this is the place to work at.
Helpful (1)
Thank you
Zoovillage.com
“Nice website”
You can get intresting brand new things to buy.
Very easy transition and in small time.
Zoovilage.com is easy to use.
It is related to clothing and provide you the latest outfits for you and your belongings.
Helpful (2)
Thank you

IDo hasn’t received any thanks yous.

I am an old user of this site. I have been working for 9 months on this site. No need to say that...

I deposited $10 into my pico wallet and I used $6 to post a job with the expectation of the job...