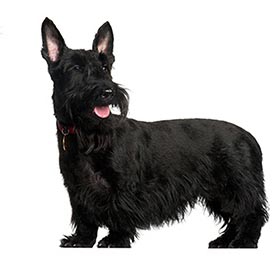 They don't have a biased and are not fake news like the 1 star reviews claim, but they sensationalize things too much (most channels do) by letting people have screaming matches and spending 4 months talking about planes when they go missing. Most people hate CNN because it's not telling them what they want to hear (right-wing propaganda)

The only other person who review this gave Breitbart 5 stars, that should tell you something about the people who hate Vox.

I use it a lot but it allows a lot of hate subreddits and posts, especially subs like the_donald. The search function is bad, you need to type exactly what you are looking for or won't get any results. Also, I was once banned a while ago for making 1 joke comments about star wars and suggested Han Solo would die in the movie and was perma banned on that account for "spamming reddit".

The site is full of racism, threats, doxing, homophobia and bullying. The owner is a nutcase who slandered people like calling them pedos while they have an admin who always hit on underage girls and even did a live stream in public while filming underaged girls and making sexual comments. The other admins and mods are not much better by harassing people and abusing their power with bans.The site used to (not sure if they still do) offer a lot of money for camming and people complained about not getting paid.

It's one of the most famous fake news sites online, it pushes right-wing views and makes things up daily. They also banned me from the comments after a couple of days for having an anti-conservative view.

Tip for consumers:
You will love it if you like fake news and cenorship

I get spammed with pop-up ads if my ad blocker is not on and the comment sections are full of low-IQ bigots who spam vile racist/homophobic things all over the site. There is also this guy KenM who is the dumbest person I ever seen in my life.

Helpful (0)
Thank you
YahooAnswers
“Full of troll, idiots and favorism”

Don't expect many good answers on the site, it's 1/3 trolls, 2/3 idiots (hard right-wing Republicans/Christian creationists)who don't know what they are talking about. I haven't used it in years so maybe it changed But I doubt it, I was banned for no reason but I'm abusing I offended people.

Not much different from other right-wing propaganda/fake news. They have a clear bias and make things up all the time.

I seen racism death threats and more and the admins/staff said to screenshot it and report it, when I did several times I was banned permanently for "spamming the report system" while the people posting racist comments and death threats got no punishment. If you are a popular (has a lot of viewers) caster you get away with a lot and chatters get perma bans for very little.

Tip for consumers:
Also, don't have an opinion that is the opposite of the owners, they will suspend or ban you. They are Christian and conservative and don't like it when you violate their safe space.

Hugh hasn’t received any thanks yous.

Hugh doesn’t have any fans yet.

Hugh isn’t following anybody yet.

Love CNN News, they are all really good reporters that give you the facts and truth of what's...

I love you guys at CNN. I DISAGREE with one thing. It was NOT a travesty that Donald trump was...