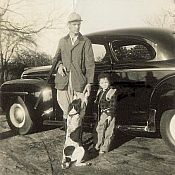 Work hard, make your own luck.

How to improve Marketplace? Make Kai read more books, or better yet, get a new host.
Helpful (3)
Thank you
Karl Rove
“Karl Rove's very well done website”
Karl Rove's very well done website - I realize most of your reading this probably have a strong opinion about Mr. Karl Rove. Whether you admire him or hate him, it is hard to dispute his political genius and the magnitude of his impact on the country over the last eight years. But regardless of your political views, I think Karl Rove's website is worth a look. It's exceptionally well done - complete will all of his recent articles and media appearences. He also has a very nice election map and polling trend line. And for those looking to get to know Karl a bit better, you can always book an event with him.
Helpful (3)
Thank you
Peggynoonan
“If only Maureen Dowd were as articulate as Peggy Noonan”
If only Maureen Dowd were as articulate as Peggy Noonan - It's hard to think of a clearer and more insightful commentator on the state of US politics than Peggy Noonan. Ms. Noonan is a columnist for the Wall Street Journal: http://en.wikipedia.org/wiki/Peggy_Noonan and excels at leveling criticism at the hypocrisy of both political parties. Ms. Noonan is a moderate conservative but avoids the frivolous partisan bashing that often afflicts many lesser liberal commentators, such as Maureen Dowd.

Ms. Noonan's most recent piece on the Democratic National Convention is excellent
http://www.peggynoonan.com/article.php?article=425

If only the Left could produce such an articulate and thoughtful voice....

This is much better than any of those frivolous iPhone apps:

HLBenson hasn’t received any thanks yous.

Love this paper- it's great being able to stay up to date on everything ,even all the way out...