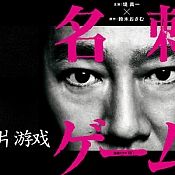 ReviewStream
“One word: Scam”
Have no idea why my reviews aren't posted here.

I just want to warn others about this scam site that alters the trust score so writers earn very little and have to write more. (Yes, there is a link between your trust score and the amount you can earn per review)

My trust score nose dived from 106 to 42 overnight. It's impossible this way!

Tip for consumers: Don't write for them as it waste your time and work!

Helpful (24)
Thank you
Virily
“Not very stable or constant”
Virily.com is a writing/blogging sites that shares its revenue with the users. You get Virils (points) for almost anything you do - posting, commenting and voting. Minimum payout is $10 for Paypal and & $100 for Payoneer.

You can write on almost anything as long as it doesn't violate their T&C.

I've joined Virily for about 2 months now. The site is great however lacks communication. Whenever there are updates and changes, the users were not told, hence there are many complaints and inconvience caused - like there was once, many users lose their drafts because they were not told about the update maintenance and did not backup. They were also not very responsive to queries of the users.

Recently, they also cut down the number of actions that gives you points. For example, voting no longer gives you points. You're also limited to 50 comments a day and if you ever exceed that, they'll deduct your points.

These caused the once happening site to become a little "dead".
Helpful (11)
Thank you
Pokémon
“Fun game”
I've played at least 3 versions of the series. Blue is my favourite while Ruby have some interesting puzzles.
Good game to spend hours on.
Helpful (0)
Thank you

Hipby hasn’t received any thanks yous.

Hipby doesn’t have any fans yet.

Hipby isn’t following anybody yet.

This site is actually in Estonia. Estonia is the 'Nigeria' of Eastern Europe. They are very...

I was invited to the site by a friend however I do not like how it is being run. there are many...