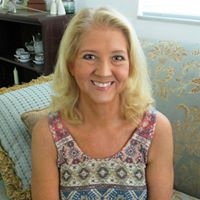 BUYER BEWARE! If you buy a used appliance from these people know its old and on its last leg. They are slow to make a repair and charged me $44 extra for fixing a stackable washer I purchased, which still is not working. Right now they have my machine, I don't know if they are going to repair it or if they are going to charge me even more money. Just picked it up on Tuesday after waiting over a week for a part to come in that wasn't what they needed, now its going to be another week before I know anything. Mean time after paying $441.25 for an old stacking water/dryer plus an additional $44 for a service call Im heading to the laundry mat to do my dirty clothes that have been plying up. They give you a so called 30 day warranty on their purchases but that is from the time you make the payment. My machine was purchased on Dec 19, Delivered on 20th, they broke a knob during delivery and it took 2 days for them to come back and replace it (so it was operational on Dec 22). The machine quit working on Saturday night, Jan 21, I called them first thing on Monday morning the 23rd. I was informed they had to order a part and that they were charging me $44 for the repair. Tuesday the following week they finally came out with the part which wasn't the problem. The whole motor is fried and other issues. So they took the machine back to their shop on Tues and was told they would take parts off other machines to fix it and I would have it back Friday. Now Im told they will let me know on Monday if they can fix it or not and what they are going to charge me. I asked for a refund DENIED I asked to get a comparable machine that works in exchange DENIED. So my advice is to find another place to make your purchase!