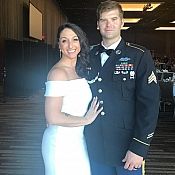 SiemonLawFirm
“So disappointing”
After a consultation with The Siemon Law Firm, my husband and I paid a $4500 retainer to help with a petition for modifying a child custody agreement. By February, they were withdrawing from my case because they had used my entire retainer, apparently from email correspondence, and were requesting $4,500 MORE to continue to represent me. What did we get for $4500? A 'TEAM' of lawyers that filed a petition to modify child support on my behalf with a standing order to not leave the state. This is not a joke. $4,500 to file paperwork. My ex responded by getting his own attorney, just in time for me to be left with no representation in a custody battle for my children. The worst part? I find out in April about the standing order they filed in January to not leave the state after I brought my kids out of state to see my husband (He's in the Army and stationed outside of GA). They had 'sent it to the wrong email'. My husband LIVES OUT OF STATE and they failed to even inform me I couldn't leave the state? There are so many issues with this office and their 'TEAM' of attorneys but, I trusted this firm to represent me and they left me to not only fight for custody of my children alone and with zero representation, now I could even face jail time for leaving the state under this standing order I wasn't even informed about. If I could leave zero stars I would. I wouldn't wish this experience on my worst enemy.

Do NOT use this firm under any circumstances. I asked TSLF to advise me in the mediation of my...

I wish I had read a review about this attorney before hiring them and having what in my pure...