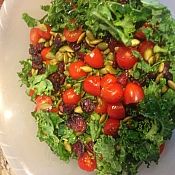 Oscar.org
“Would the Movie Industry Survive Without Racism?”
Many of what I would have considered the greatest motion pictures ever created were ruined through the perverse representation of people of color. If films that contained Black and Asian buffoons, maids, porters, butlers, gangsters, pimps, prostitutes, and whites in blackface makeup were destroyed, there would be very few of them left to view. The torch of bigotry relating to films was lit by classic movie producers who carefully handed it to contemporary movie-makers. Why are there no warnings attached to movies concerning racism? I cannot count the times that I have felt my stomach contort upon witnessing the aforementioned types of obsequious fools being thrown into the mix of a movie as distasteful seasonings. In addition, people should not be tricked into believing that computer technicians have dropped the torch of racism because they create, for instance, extremely biased Xbox and hidden object games. In short, even choosing to be entertained is not an effortless privilege for people of color.
Helpful (0)
Thank you
Ebonylyfe.com
“Another Application Deriding Women”
Ebony Lyfe is the most bizarre, idiotic, useless rubbish that I ever installed on my iPhone. The members are not bright. They attack positive comments and mangle them into negative remarks. This is a forum for mentally ill black women. They all need to be in therapy. However, I suspect that this application might have been developed by non-Black people for the purpose of maligning women of color.

Helpful (0)
Thank you
YouTube
“Update Regarding the Racist Primate Videos Being Strategically Placed near YouTube Black Content”
• Updated review
Mr. Sundar is the CEO of Google. Flood his office with complaints about the monkey business being conducted at Google as it relates to mixing lists of Black videos with primates. The problem continues to exist as of 5/25/2020. His contact information is as follows:

Postscript: Five thousand people viewed my original review (which appears below this one) concerning this subject. For some reason, when I updated the information, the views disappeared. Nevertheless, there must be some merit to my complaint about YouTube because over one thousand individuals have seen the updated version of it. The reality is that the laws and policies in societies can be changed, but the ways that humans think and feel about each other can be as fixed as cement.
Helpful (0)
Thank you
“"YouTube's Computerized Racism"”
• Previous review
4/4/19
Whenever you scroll through its content, you may discover that YouTube has developed some kind of algorithmic way of mixing websites that contain information concerning gorillas and monkeys with sites regarding Black people. I have reported this problem to the company, but nothing has been done about it. Welcome to "the new normal" type of racism.
TikTok
“I Have No Time for TikTok (tiktok.com)”
The crackling fire of hate that permeates (www.tiktok.com) reveals the degree to which, primarily, young people are mentally injured. This application is another ugly, global boil filled with racist puss to which no one should be exposed. Black Social is a new site that seems to be troll-free. However, if it becomes an unsightly mess, I will update this review.
Helpful (3)
Thank you
Idsassetmgmt.com
“The Worst Property Manager in Existence”
IDS Asset Management, LLC
2/11/2020

I am livid about what appears to me to be fake positive reviews at other sites about a disgusting, according to Orange County Court documents, co-conspirator regarding her ex-husband's criminal behavior. She is also a bigot someone on Yelp declared. Furthermore, she and her spouse have bankrupted many companies. One of their former businesses, Right WayLA, can be found by googling her husband Peter Drivas' name. Every one of the comments concerning the company has one star. Unfortunately, my homeowner's association has, without properly vetting her background, hired her. I hope this miscreant says something ignorant to me. Beware VEO complex residents in Carson, California! Evil is among us, and her name is Tracy Drivas ( possibly, otherwise known as Bahar Miller).
Helpful (0)
Thank you
Olympiamc.com
“A Review of the Worst Hospital in the United States”
Cedars-Sinai employs Payam Shadi, a horrible physician. There is a file on him at the Department of Consumer Affairs' Health Quality Investigation Unit (Glendale Field Office *******117). I filed one of the complaints against him. If he has provided poor medical service to anyone, please contact them. Files are retained at this unit for five years. If the unit receives enough complaints against him, his license could be revoked. He contributed to my mother's death. This man is a quack. I located another complaint against him on Yelp. He has also worked at Olympia Medical Center, the worst hospital in the United States. It should be closed because January 4th, 2020 my sister died in that place, and I am sure she was not cared for in the manner that she deserved. Also, I experienced awful care at that facility from another quack, Dr. Wu.
Helpful (1)
Thank you
Dote Shopping
“I Cannot Dote on Dote the App”
To whom it may concern:

The fact that your company is practicing acts of segregation and racism in 2019 is horrific! All people are flesh and blood and all people live and die, so how is anyone more special than anyone else? You better wake-up and realize that there are more people of color worldwide than any other group of people. Research the majority of the populations of India, Brazil, Africa, and Fiji. How dare you go to a predominately Black country and treat African American young women that, I might add, you invited to this place (Fiji), abhorrently. I will never, ever use your brand, and I will be releasing information about your company's biased behavior on every social media outlet to which I belong.

Harlow hasn’t received any thanks yous.

Harlow isn’t following anybody yet.

It's a great basis for watching videos, but the Algorithm heavily glosses over smaller channels...

Little $#*!ing punks at youtube remove your comments but let the libtard $#*!s write what ever...