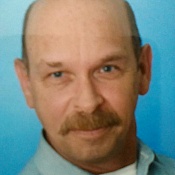 I would like to add a few more things to my first review.
I can well imagine that there were also disappointments. To everyone who thinks this site is a scam site.
Take a realistic look from your side what the chances of success are. They are always at 50:50.
The more realistic you are, the more points you collect on the left. Deal with your appearance and how you want the woman by your side to look. The women pay an entrance fee. It is mostly women who have to make a compromise because they have little chance of finding a man on the Chinese marriage market.
Most prospects can be found on such a page.
Language barrier: All letters are translated from English to Chinese. Very few women can speak English.
A woman's first letter is always free, at least that was the case in my case. Don't be blinded by photos. It was also my first mistake with two women.
Note the age difference. When a single 25 year old woman writes to a man over 50, it is an attempt at fraud. No young woman of this age is really looking for a man over 50. And she is still under family wing. Parents pay attention to who they drag in. So stay away and ignore it at all. Letters from such women only generate sales. Women over 30 with children. The chances of entering into a relationship with such a woman are far from higher. These women can hardly be placed any more. The parents of such a woman know that too. Parents are more willing to give their consent to marry a western man.
This can sometimes be a reason why pre-arranged meetings do not take place. The woman is under immense family pressure. And the family counts once more than an unknown and waiting man at the airport. And a meeting with only two or three corrosponding letters is unrealistic.
Don't apply pressure to meet. The lady of your heart, as she really means it, will urge you to meet you. It was the same with my wife. She asked after a few letters whether it was possible that I could visit her in China. You yourself do not benefit if you suggest an appointment and flimsy excuses come up. I had seen it with two women before. One had to go to another city for work and didn't know how long it would take, and the other said she would have to meet another candidate with whom she was also in contact. That was at least honestly true, but I saw myself as a second choice. I broke off contact with both of them, although they were still writing to me. I saved the cost of reading. Then my current wife appeared.
Get names of hotels in their area.
At that time I asked my wife to choose and name several hotels in her area. She did this too. And via a hotel platform I was able to find all the hotels she named. A scammer won't bother.

My wife also wanted her translator to be there.
I found this to be an additional positive sign and of course I agreed.
I had also written down the address of the branch and took it with me when I met for the first time. As a precaution, there should be a meeting. In my last letter before the meeting, I gave the name of the hotel and my cell phone number. Of course, it was also a risk for me. But to my surprise, the translator announced on the same day of our arranged meeting that they would pick me up at a certain time to go out to eat. And in fact they had arrived by taxi at the appointed time. One more thing about behavior. Even if the lady visits you alone in the hotel. Keep your hands with you. Act like a gentleman. The ladies appreciate it. I met my wife on Wednesdays. On Thursday she bought a tablet with translation software. On Thursday evenings she was alone with me in the hotel room. I made no signs of wanting to get closer to her. And on Fridays when visiting the Water Museum in Shenzhen, it was she who took my hand in the taxi and couldn't let go of my hand. With that I knew I had won her heart.

To put it casually, the site has nothing to do with scam. It may be that one or the other translator has something else in mind. It's a business and of course the translators don't do it for free. I also got to know my wife through this site. Apart from that, the brides also have to dig deep into their pockets. The professional photos alone cost a lot of money. The only thing I have to complain about is that many photos are retouched too much. My wife was also portrayed as a beauty. The photos digress far from reality. My wife has a bunch of these photos What struck me, however, was the text of the letter. My wife referred to my letters in all of her letters. That gave me the assurance that I wasn't dealing with a scammer. When my wife sent me a real photo with her daughter, I was not disappointed, but she looked very different from the profile pictures sent so far. But to be honest, I also like her real pictures very much and so I knew what I was getting into. And when we first met, everything evaporated. She had made herself very well. Her translator was there too. And so it turned out to be an unforgettable 10 days. Despite her job as a piano teacher, she took a lot of time for me. Except at the weekend, when she had a full program, she couldn't meet me. For this she asked her translator to take care of me. Of course, I had to make up for the translator's loss of earnings. This annoyed my wife very much and so she ended the friendship with the translator. We no longer needed a translator in the following 10-day meetings. Apart from that, we got married in Hong Kong and celebrated with her colleagues in Shenzhen. And this in a manageable circle without a lot of frills. And when I look at the expenses for this wedding, the equivalent of 90 € for space plus decoration as well as food and drink. The expenses for all the translations are put into perspective.

Tip for consumers:
Pay attention to the letters whether the woman takes a position on the letter. If she barely remembers it, or only sends short and unimportant letters, to the trash. A woman with real interest will write longer letters and answer your letters.

Hans hasn’t received any thanks yous.

Hans doesn’t have any fans yet.

Hans isn’t following anybody yet.

I've been crushing on Asian girls and want to find an Asian girlfriend. So I look up online and...

Life's too short not to be happy especially when you know happiness is waiting right outside for...