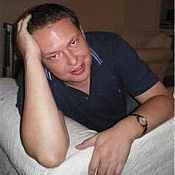 EPOS Direct
2.5K Views
“Worst Service Ever! Do not use this Company!”

Purchased the ED19 system from this company and have been unhappy with the service from start to even now. I purchased the system with remote cloud access to my laptop so that I could keep an eye on the sales during the day and also make price changes and product changes remotely.

The system was ordered almost a month before its delivery. 2 weeks before delivery i sent a spreadsheet to the sales person Balu who I was dealing with and this was not added to the system. When the system did arrive it did not have a lead that connects from the printer to the main unit and when I called Epos direct they basically called me a liar and said it was there which it clearly wasnt

Next the mains lead from the printer to the plug socket is dodgy and has lose wiring and turns off the receipt printer all the time and freezes up the whole system each time it goes off. I was promised a replacement mains lead by Alex which has still not materialised.

Finally to add to all the problems I have now been told that I would have to pay an extra £100 plus VAT for Employee Management which is clearly shown on their website as a key feature and not and extra like I am now being told.

I am paying £1,700 for this system ( £500 odd deposit paid plus 18 months at £84) and at this moment in time I have a shoddy epos system that will be returned in 7 days time if it is not sorted out. I shall cancel the direct debit with the finance company. I will complain to the Trading standards that deals with the town they are based in, in London.

I will ask for my full deposit paid by card to be refunded. If they refuse to refund I will contact my bank.

I have had enough of this company. I must be the unlucky one but my god the service has been beyond the worst I have ever had!

I am hoping that in the writing of this that Epos Direct sorts out their act before I pack the epos system up and send it by tracked courier back to their office at 4 Selsdon Way, London, E14 9GL

I have also contacted Tower Hamlets trading standards who have told me they are in breach of agreement. I will send this system back in 7 days from now if they do not sort out all my issues

Hi Gregory
Thank you for your feedback, I am sorry to hear of your experience. Our team will get back to you and would welcome the opportunity to discuss these issues with you directly.
I would be grateful if you can mail me at info@eposdirect.co.uk where I'd be happy to call you straight back to discuss.
Kind regards

A SCAM! Regret getting their till from the first day it arrived. It has been a disaster! The...

Honestly never had so much trouble with any company as much as this one. No calls are recorded so...