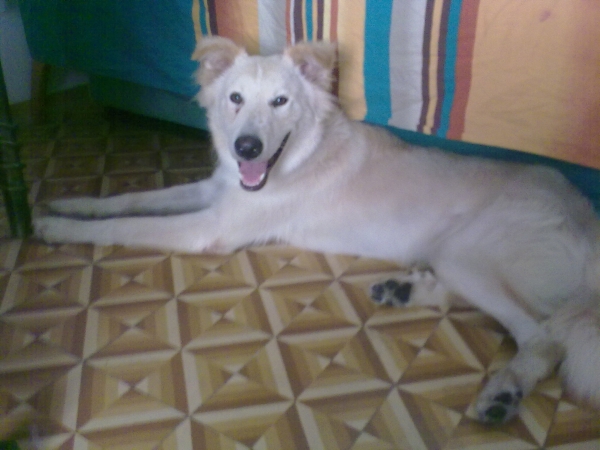 Writes codes during the day, runs with wolves at night

I am an animal lover and know all there is to know about dogs.

Cons:
1. Server often too slow, errors
2. Major privacy issues
Helpful (2)
Thank you
SecondSpin
“A little bit messy on the eyes, but very reliable”
Helpful (2)
Thank you
TripAdvisor
“TripAdvisor is comprehensive and an excellent resource...”
TripAdvisor is comprehensive and an excellent resource for hotel information, which has two major shortcomings:
1. As some have noted before, it is mostly helpful regarding hotels, and less so when it comes to tips or travel guides. For those I would recommend googling specific locations, or consulting forums. A general tip: get on local sites, and use Google Translate; you won't believe the amounts of unbiased information you can get there.
2. The site is more informative and doesn't allow enough space or volume for complaint. Granted, it is not an anti-fraud site like this one, but the reason most people get on it in the first place is to make sure their hotel won't be terrible or they won't get ripped off by it, etc. So when someone has a dreadful experience with a hotel, their review gets lost in the sea of other reviews (many of which are completely useless and "vanilla" - if you have nothing to say, don't say anything!). That's why the size of the site is a pro and a con.
Helpful (2)
Thank you
Innstant
“I liked this website”
I liked this website. It's unpretentious, and you get your money's worth. Usually it gets you better deals than other hotel booking sites.
On the downside, they clearly prefer to conduct all communication via email, whereas I love my hotels booked with a human voice. But they do call if you ask them to.
Helpful (2)
Thank you
Amazon
“Amazon has an enormous selection, and is very reliable”
Amazon has an enormous selection, and is very reliable. However, I have two main issues with it:
1. Shipping outside the U.S. is unbelievably expensive, especially considering how long it takes the products to arrive. It sometimes doubles (!) the price of your purchase. I lived in Europe for a few years and when I needed books I ordered through other sites because I did not want to pay that much for shipping.
2. Amazon sellers do not ship outside the U.S., whereas on eBay, for example, you can sellers who do.
Helpful (3)
Thank you
Thefreedictionary
“This is my homepage”
This is my homepage. It is a very extensive dictionary with a great thesaurus and much more: trivia, fact of the day, etc. It even has a hangman game you can pass hours with at work :)
The interface is very simple, which makes the site user-friendly.
The homepage has a lot of information "boxes", but you can customize it and remove any box you want.
Highly recommended.
Helpful (4)
Thank you

Goodwin hasn’t received any thanks yous.

Goodwin isn’t following anybody yet.

Melinda treated those people I saw her with good and I like that. And my dad like her and my...

never had a single problem with the service. Constant upgrades allow to optimise customer experience