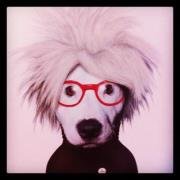 This shelter does not properly screen for aggression in their dogs because the adopted dog was in our possession for less than three days when the event occurred.

We were sitting on our deck, preparing to take an evening walk when a neighbor was walking down the path with their elderly basset hound. My wife was securely holding the lead when the dog yanked out of her grasp because a raw furry came over him. He ran over one hundred feet to then start violently attacking the basset hound.

My and I did everything in our power to get this adopted dog off of the poor basset hound that wasn't even fighting back, and if we didn't stop it, the dog was going to kill the basset hound. While we were attempting to stop the mauling, the dog turned on my wife and mauled her leg. While this was happening the basset hound limped away screaming. When the attack was over, the dog went into an absolute which supports that this dog used to fight other dogs.

The basset hound needed 15 stitches and a drain plug amounting to $1,100 worth of damage and my wife was in the hospital for two days. Her wounds were so ragged that stitches were not possible.

The attacked occurred at 6:15 PM, and the shelter closes at seven. After several frantic phone messages, I gave up contacting the shelter and I had to call animal control because neither my wife nor I trusted this animal back in our house.

I ended up having to pay for a rabies screening and emergency shelter for the dog because the Animal House Shelter would not pick up their phones. On top of that, I was cited by the police because Animal House Shelter did not report that they had the dog under quarantine, which is the law whenever a human is bitten by a dog.

The Animal House Shelter is slow on all communication and the rabies incident took three days to resolve... THREE DAYS! They are also not taking any responsibility for this event.

Glen hasn’t received any thanks yous.

Glen doesn’t have any fans yet.

Glen isn’t following anybody yet.