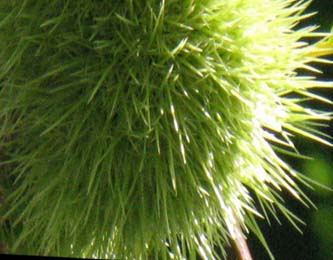 FitBit
918 Views
“Wish I could give them zero stars”

I bought a Fitbit Charge 3 in 2019 based on the Fitbit name. At first I LOVED it! After having it close to a year I noticed the screen would go black. It would buzz, but nothing on the screen. I went on their website and found the solution... it worked. Then it started doing it more. After a litlle over a year... just out of warranty... the screen went black and stayed black. If you look at the forums, you'll see this is a HUGE problem affecting hundreds of their customers. Support was useless and condescending. When trying to post on their forums my posts were repeatedly deleted as being "inflammatory or irrelevant." Recently they banned me from their site. After the first one died, I posted on my Facebook page about this defective product. One of my friends had a Charge 3 but (wisely) had switched to an Apple watch. She gave me her Charge 3. It worked great... for one year and 2 months. It too has developed the black screen of death. I just purchased a Garmin. I will NEVER purchase another Fitbit product. They do not stand behind their products and care absolutely nothing about their customers. Shameful for such a well known company. I tried uploading a brief video, but having trouble. I'll try and add later if possible.

Tip for consumers:
I can't speak for the quality of their other products, but it's clear the Charge 3 is defective, they know it, and they do nothing to help their custmers. Oh, they offered me a 20% discount on another of their products. No thanks. Their forums ar only useful if you tell people how great they are. Otherwise they play big brother and delete everything.

Helpful (0)
Thank you
Fandango
163K Views
“Just purchased a ticket online for my husband who is...”

Just purchased a ticket online for my husband who is a senior. Not obvious they charge a fee for online tickets until after the fact which brought my husband's ticket almost full price. Immediately got on a live chat to explain and ask for a refund. Nope, nada. NEVER dealt with a company that refused a refund within moments of purchase. Live and learn. You got me once, but never again.

Tip for consumers:
Just buy your tickets at the theater and stay away from this rip-off company.

Ginger hasn’t received any thanks yous.

Ginger doesn’t have any fans yet.

Ginger isn’t following anybody yet.

I tried to give this ZERO stars, but was forced to give them 1 as a minimum. I bought Fitbit...

I contacted fitbit with a sync problem, and as a result of the advisers remedial actions my ionic...