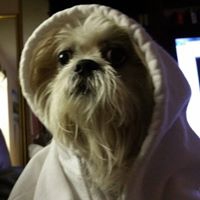 "I honestly think that they "think" they are in the right."

Last year I purchased a brand new E300 and had to bring it in over 20 times in the first 2 or 3 months for repair. Different issues every single time. 20 times! Frustrating beyond belief. And because they were different issues each time, the vehicle didn't qualify to be a lemon under the lemon law. However, they offered to put me in a new vehicle.

It took four months to deliver on the new vehicle, and I figured I'd be paying the difference in sticker price. Boy, was I wrong. They neglected to mention to me that I'd have to pay quite a premium for driving the problematic vehicle. Depreciation, mileage, etc. etc. So for the vehicle with so many issues that I drove for about 6 months, I had to pay approximately $7000 for mileage and financing fees. And that was a large reduction of what they originally said I needed to pay. When I originally asked why I had to pay so much, the GM told me bluntly, "You are not going to be driving this vehicle for free!"

For free? I paid for this vehicle. I was going to pay cash but so this dealership could make a little money I agreed to finance some of the purchase price. That remark was quite rude and came as a shock to me. Initially, I didn't even know how to respond to that.

It felt like they were passing on the problems of the vehicle onto the consumer (me). I still strongly feel that the dealership made feel I was responsilbe for all the problems the vehicle had. I bought the vehicle FROM them! But they state that they only "sell" the vehicles. They don't guarantee the vehicles won't have problems. And basically if they do, oh well, the consumer (you) will just have to deal with it. And that still left the issue with the matter of paying thousands for driving the problematic vehicle on the table. They said to chalk that up as a miscommunication. Conveniently for them, this bit of miscommunication cost me over $7000. The dealer pushed the outcome onto MB corporate and vice versa. So no one is really taking responsibility for the vehicle's problems.

I had experienced a problem with the new vehicle on the 2nd day of possession. And in 2 months, I've had to bring the vehicle in for other issues over 4 times.

On one of the occasions, there was a very abrasive, unprofessional African-American service advisor, who started a verbal altercation with me because he didn't resolve the issue that I had brought the vehicle in for (it was already scheduled), and refused to resolve the issue with my vehicle. First of all, it was supposed to be addressed on that visit, and who on earth has time to keep bringing their NEWLY PURCHASED vehicles in AGAIN and AGAIN for repairs!?!?!? I've been to the dealership at this point over 25 times in the last 6 months to resolve problems with the 1st vehicle and this vehicle and I have never had a problem (Alex P. Was my service advisor for these visits. She's as professional and as helpful as can be).

As frustrated as I was having all these problems with my new car, all I wanted were the issues to be resolved. I never caused a problem. This time I was told nothing was done and nothing was going to be done in a very abrasive-go screw yourself attitude by this African-American service advisor. And there were no apologies from management forthcoming.

Ultimately, management made no apologies.

I reached out to MB USA. They said they can't do anything and to speak to the dealership. I spoke to the dealership, they told me to speak to the manufacturer. Do you see a pattern here? No one wants to take responsibility. So I decided to find out who the owner was and reach out to him. Maybe the owner will want to make sure that I'm a happy customer. I contacted the owner and told him about my experience. I also explained to the owner that I've purchased/leased 3 or 4 BMW's in the last 12 years from his BMW dealership across the street and have never had these types of issues with their cars or service.

He basically told me to contact an attorney and accused me of being a racist because I described the service advisor as an African-American. How else do I describe someone if I don't know that person's name? The salesman, Tim L., that I bought the cars from and handled the paperwork for the two cars was also African-American. And I'm also a minority. More proof that I'm a racist, I suppose. Overall, this was a very poor attempt to attempt to create a new problem and try to blame it on the consumer, while not dealing with the issue at hand. I honestly wonder what the owner's thought process here is? In conclusion, the owner also told me to take my business elsewhere while refusing to do anything about my hardships with the previous vehicle or this newer one. No, really. He did.

Honestly, I don't know how, but I think management at the dealership and the owner think that they are in the right.

I would guess that success has made them very callous towards customers who have had unacceptably bad experiences. The owner did not even make an effort to try to make it right for me.

If you happen to buy a new car from this company and it has multiple problems, don't complain or they just might ask you to take your business elsewhere.

I will honor the owner's request.

Helpful (0)
Thank you
Sears PartsDirect
“IF I COULD GIVE ZERO STARS, I WOULD.”

Horrible company! I literally just placed this order over the phone only to find out they ordered the wrong part! And they will not let me cancel the order! WTF? They said I have to wait until it is shipped here, call them to get some refund authorization number, and send it back myself! HOW FRUSTRATING! WHAT AN AWFUL COMPANY! STAY AWAY!