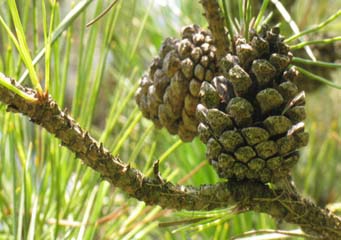 PINCHme
“Used to be good not anymore”
I used to use this site and periodically got a fun sample box in the mail. They changed the way they do the offers (I'm not sure exactly when but more recently) and you must sign up for an "offer" before you can "checkout" your sample(s). That would be fine except you go through this LONG process and then it still won't go to "checkout" your samples. But....you immediately get a bunch of spammy emails/texts so I know the "offer" went through. I contacted customer service and they're less than helpful. If they make good, I'll adjust my review, but I'm not holding my breath. DON'T WASTE YOUR TIME WITH THIS ONE!
Helpful (7)
Thank you
ChristianBook
“Ridiculous Backorder”
I used to order from here and never had an issue. I don't know if they've changed management/ownership/etc, but my last order was ridiculous. I ordered 11/30/18 and everything was available. (Which was good because some items were Christmas presents). I received one partial box and then that's when things magically became back ordered. It was one item here, one there that came. Many of my "presents" after Christmas. Had I been told before, I wouldn't have continued the order. You're probably wondering why I'm writing this review so late. One of my items is STILL ON BACKORDER! NINE MONTHS ON BACKORDER! I finally just emailed and said forget it. Got the usual canned response from customer service. Doesn't make me want to order again. I MIGHT give them a second chance because I do like their products but anyone ordering keep that in the back of your mind that you might never get your item or get it on time. The only good was I wasn't charged.
Helpful (3)
Thank you

Gen hasn’t received any thanks yous.

Gen doesn’t have any fans yet.

Gen isn’t following anybody yet.

I have been a PinchMe member for a few years now and I used to love the samples. Now though,...

I've been a member for about 3 years. I used to always get good quality boxes, and early access...