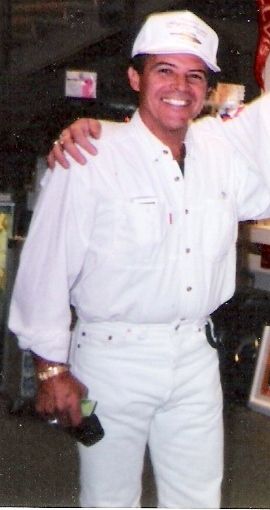 I will write pots that affect the general public, not just myself

These Support Techs can not understand that you are a paying customer and have the rights to what you have purchased. This by far is the MOST incompetent group of idiots I have ever dealt with in my lifetime that don't have a clue how to make things right after hearing and reading your complaint.
As of 05-28-2014 in fear I would get another Trojan Worm because Lavasoft idiots kept shutting down the Update definitions on me, WHY? because they assumed it was not paid for after explaining to them for over 3 hours on numerous phone calls and emailing them.
(PS: in July of 2013 I purchased Adaware in hopes to remove the Trojan Worm in which it was never capable of doing, so eventually the PC Crashed and had to be totally re-written)
Purchased Lavasoft Ad Aware April 08 2014 2 PC's

After repurchase, the new KEY did not work, it would not be accepted to register the program on my Laptop? SO NOW I call Tech support and speak with a man named Kenny who looked at my purchases and told me that my 1st purchase was good for 3 PC's and would honor it and refund my $27.00 purchase. He told me this at least 5 times in which he requested to enter 2 of my 3 computers to examine them for problems as seen in the 2 emails below. I allowed Kenny to access to the 2 PC's. Kenny tried to sell me on a $429.00 annual purchase to maintain my computers in which Tech Support would remove all junk etc. This conversation went on for at least an hour where I declined the $429.00 maintenance charge.

From this point on all 3 computers Adaware worked

when I realized that the virus protection was requesting definition updates. All 3 computers would not update definitions. At this point I sent an email to the support email listed.

Please view there response to this in the email below

I waited for Adaware Techs to fix this problem that they stated in the email above which indicates 24 - 48 hours. After 5 days of the virus protection on all 3 computers not being able to Update definitions, I had to call up support phone number in which the so called manager (a hostile man) that did not give me his name told me that he would send me a NEW Link in the email and I would have to REMOVE Adaware from all 3 computers and re-install the program. I had to question his WHY?, in which he stated that my original purchase was expired ( that did not make sense to me as he was capable of making changes on his end) with the new link in the email he was sending me. After waiting about 3 hours for this so called new link in which I removed Adaware program from one PC already, the email never came. So now I call back to support again and have to explain everything to this man again who assured me that as I waited on the phone the new link would be sent. This appeared on my desktop which again did not work. He assured me that everything was resolved. I called a 3rd time in one day to support and complained to speak with a supervisor in which I did not get one , a women took my complaint and said that it would be resolved by the next day. At about 3:35 AM I noticed that the Adaware program was searching to connect in which it means that it was shut down by support.
Now I was more concerned and worried that I let these Bozo's into my computer with vital information that they had access to and after all this harassment I received as a paying customer my concern is CAN THEY BE TRUSTED? or are they unscrupulous bastards that would turn around and sell your info?
Please view the last email received

After clicking on this link in the email, when opened it stated that the Adaware link had Expired on APRIL 08 2014,
NOTE!
THIS IS THE DATE WHEN I PURCHASED THE PROGRAMS FROM THESE JACKASSES! Tech Support calls this being resolved in this email. DUH!

As I write this I have checked all 3 KEYS supplied to me from the Support Techs and none will work.

ON 05-28-2014 In pure frustration with this company I ordered a disc from a trusted Virus protection company that will protect 3 computers for less money.

Tip for consumers: The India scumbags that are there Support did this, I am fed up with all the outsourcing we do to scum that don't give a hoot about hard working Americans all photos are here http://lavasoft-ad-aware.blogspot.com/2014/06/lavasoft-ad-aware-anti-virus.html

Tip for consumers: It has Self Cleaning capabilities, which means it will clean while boating.