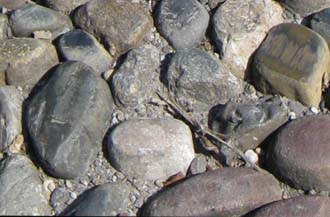 When Wikipedia treated me like garbage, I came here to edit. It worked out. The admin are super friendly and kind. The never gave me any lip and it's almost easy to use. Sure some things are hard, but I can safely say this is one of the best wikis I've been to.

I went to the simple wiki because the regular wiki had bad admin and it's the same here as well. When I got banned the person (djsasso) didn't what vandal means, so he blocked me for no reason at all.

Wikipedia is a place to get information and most of the information is accurate (remember I said most). However if you make an account or just want to edit in general then you might want to watch out.

For me I wanted to edit the Hurricane Irene article but some random dude (Jason Rees) keeps on deleting my edit. It was a relevant edit but the dude don't want to accept it. He is very stubborn. Then his friend (HorsesareReal) came along and started to join and started to argue with me too. Then I told her that I was not new to Wikipedia and that I had an old account that I haven't touched in 1 and a half years and I forgot the username. Then she accused me of Sock puppeting even though there was no actual proof that I sock puppeting. To sock puppet you have to do really bad things when you make another account. So they blocked me. A guy named (Jasper Deng) was involved too.

They were two accounts that they claim it was mine. "Flasty Jam" (ironically) and "Snazzy Fam boi" both which I had nothing to do with. I have a Wikipedia club at school and I wanted to make my new account called "Flasty Jam" but someone already took it. So I put a "2" at the end. Then when I got blocked found out who "Flasty Jam" and "Snazzy Fam boi" were. It was one of my students. I told them to retire the accounts and no longer use them; so they did. They were using the same computer because the computers were full in the library. So they made the accounts in the same computer.

So I stated there was an error in the block. They used this thing called CheckUser and I told them that there is an error but they think it's a lie because they just won't realize it because they are going off of what an inferior machine said. One admin named (Yunshui) basically cursed me out and banned my talk page just because they don't want to talk to me and claim I was being disruptive even though that was a lie.

So I decided that I should give them want they wanted and I told a lie saying I was sock puppeting even though I wasn't. They accept it but said I have to wait six months. If I wait six months then the club would be over. I tried to explain to them but they are quick to shut me up. I think that's really immature.

One more thing. I was on the Wikipedia IRC to ask a few questions. A girl named (Chrissymad) keeps on thinking that I wanted to do an unblock request for some reason. So she wanted me to shut up and banned me. In fact none of the admins whom I have talked to wanted me to leave.

As an alternative I changed the club name to Fandom Wiki club. As for wikipedia they are some arrogant, stupid, and obnoxious people whom I have dealt with. That hurts Wikipedia if they don't have good customer service. If your account gets banned then make a new account or something or just forget it.

Tip for consumers:
If you get banned, it's best to forget it or make another account if you really want to do it.

Flasty hasn’t received any thanks yous.

Flasty doesn’t have any fans yet.

Flasty isn’t following anybody yet.

Fandom is one of my favorite places to be! Weather I want to know how a show ended, how a...

I have found multiple friends on this website that have the same interests as I do. The only...