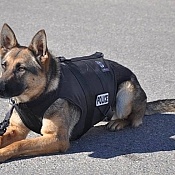 Mc Powersports
“Charged me 30% restock fee on unused returned piece of junk”
UPDATE: As you all can see, and just as predicted, MC Powersucks residential troll came in and wrote the 3 page letter rebuttal... again blaming everything on the customer that they screwed over... just like every other review thats been left by multipel people for this crappy company
Would it not have been easiert to avoid all of this by doing the right thing? Guess not.
Amazon clearly thought they were in the wrong as well, and after speaking with them, they refunded me the balance of my payment that MC Powersucks attempted to steal. SHAME ON THIS COMPANY for acting this way. Simple unbelieveable that after so many NEGATIVE reviews and upset customers, that they still dont get it!

(Original post) MADE THE BIG MISTAKE OF BUYING FROM THEM BEFORE CHECKING REVIEWS. After receiving the chinese made knock off product (thought I was buying the real deal. It wasnt) I decided it clearly was not going to work. I decided to pack it back up in its original packaging and send it back. Thier 'stated' restock fee is 20%. (whatever. Co wouldnt need one, if their products were of any quality)
Instead they hit me with a 30% restock fee ($8. On $24 purchase)
Wow! How unethical can you get?... if they spent even half the time correcting mistakes, doing the right thing to begin with and making sure paying customers are taken care of when there is an issue - instead of writting out long winded, incoherant responses, blaming the custoemrs for everything - to the dozens of compalints they are racking up. Perhaps thier company wouldnt be rated 1 star here and... well, just about everywhere!
VERY bad biz from start to finish.
AVOID BUYING ANYTHING FROM THIS CLOWN OPERATION!
Helpful (0)
Thank you

1. We are an authorized dealer for this brand and only sell new and genuine products that we source directly from the manufacturer / supplier. We shipped what the buyer ordered and what the listing was for. Buyer ordered a powersports replacement part and that is what he received. This is not a universal part and is specific to the model / part number that the listing stated it was for.

2. Buyer opened a return request through the marketplace he purchased the item on and stated in that request “too aggressive texture. Sorry, not for me”. This was an automated request via the marketplace so he was provided the RA # and return policy with instructions on how to return the item for a refund (in those instructions it reminded the buyer about our restock fee and the return label being deducted from the refund etc.). Buyer never contacted us about an issue with his order nor did he bring up any concerns about the items authenticity. He only contacted us after his return was completed inquiring about his refund. We replied to him and explained the policy, what was deducted and why. We even reached out to the buyer via phone and email with no response from him.

We state in our return policy for this marketplace: In the event a return tag is provided, the cost of the tag will be deducted from your refund as well as the 10% restock fee.

When buyer returned the item it was inspected and we confirmed that we sent the exact genuine product the buyer ordered / listing the was for. Therefore the return policy applies. So the 10% restock fee of $2.42 and the return label cost of $4.46 was deducted from the $24.24 cost of the item (net refund is 17.36). Not a 30% restock fee like buyer claims!

3. Buyer was nasty and left an untruthful feedback on the marketplace (similar to the false claims he is making here). The marketplace reviewed this and removed it because he was not being truthful about the transaction, item or the refund provided.

We always work with our customers to solve issues when we are made aware of them. We are a family owned business that takes pride in helping out our valued customers!

F hasn’t received any thanks yous.

F doesn’t have any fans yet.

F isn’t following anybody yet.

I would not buy from this business unless you like waiting weeks for a simple delivery that...

False advertisement and will "attempt to correct the error" by either asking for more money or...