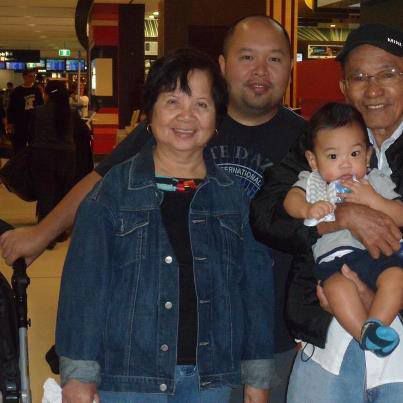 I am a retired employee from Bangko Sentral ng Pilipinas as Bank Examiner for 34 years. At present I am staying in Trece Martires, Cavite. I am enjoying my life here with a lot I bought which now an orchard full of different fruit trees and more than 100 orchids. Weather is very nice here unlike my house in Paranaque which I sold last year. I'm always busy here tending my trees already bearing fruits, vegetable garden and flower plants in addition to my orchids. I also more than 50 love birds &

On October 6,2015, I returned a defective X'mas light which I purchased from LAZADA. On October 10,2015, I received a SMS informing me that the refund had been initiated. After almost a month of waiting, I emailed them to ask for the status of the refund. Same day I received email from their Customer Service informing me that said refund was sent to LBC on October 10 but no reference number to claim the refund was given. I sent a followup email on October 24 to ask for the reference no. Needed to claim it. And same date I received it. I went to LBC & I was able claim it.

On Nov. 6,2015, I returned again a pair of earrings because it does not conform with my order. Same problem happened & they sent me the reference number to claim it but unfortunately I was not able to get my refund because according to LBC said ref. No. Was already cancelled. For three consecutive dates (Nov. 24,25 & 27) I sent them a followup email but I did not received any reply from them. I decided to sent a folllowup email from the Customer Help but to my dismay, they informed that they have a policy that after a second refund I could not collect it to LBC but in the form of bank deposit. On the list of accredited bank where they can deposit it I had no deposit account with them. Of the P263.03 refund, I will not deposit on their accredited bank. My observation, their Payment and their Remittance Department have no coordination on who will inform the client on said refunds. As this happened to me twice there is a possibility that other clients had the same problem. My question is where do the cancelled cash refund go. I am a Certified Public Accountant and have encountered so many transaction like these. Pababayaan ko na yong maliit kong refund. What I am after is the principle only

Last Dec. 6,2015, I received SMS that my refund for a returned pair of earrings from Jewelmine, Order # 346323332 had been initiated instructing to check on my email/spam inbox to check if the refund had been sent, Since then I never heard from the Payment Customer Service/Remittance regarding this refund.

On Nov. 24,2015, I sent a followup email for its status. I received a reply from Ms. Eirish, Customer Service, informing me that the refund was sent by Ms. Mirasol Manzano, Remittance thru LBC. Next day, I tried to claim it, but sad to say LBC informed me that the remittance had been cancelled on Nov. 15,2015. I sent three (3) followup emails (Nov. 25,27 & 28) to inform them of the cancellation but no reply.

Having received no reply from my three emails, sent, I decided to sent another followup emails thru your Help Center. On Dec. 1,2015, I received a reply from Mr. Justin Michael, Customer Service informing me that the second refund request is being processed and will sent me a separate email with the reference number as soon as it is sent.

December 11,2015, I received an email from Ms. Eirish, Customer Service informing me that because they have already processed it twice, they were instructed to send it thru bank transfer giving me a list of your accredited bank instructing me to give my account number. Unfortunately I have no deposit account on any of those bank. I will not open an account just to collect the refund of P263.03

Where in the world you would do that to me when it was your fault that I was not able to claim for your failure to send me the LBC reference number inspite of asking me said number several times.

This is the second time I experienced same instant, when I returned a defective Christmas light on October 6,2015. After several followups I was able to claim the refund from LBC after more than one month.

Before, I claimed my refund through voucher, It took me also a long time before I received my voucher no. Only after I send them several followups so I change my request for refund thru LBC. I observed that there is no coordination between the Payment & Remittance Department on refunds made to clients. My question is are all refunds returned to the company? I asked LBC who is cancelling the remittance and told me that they are not the one cancelling it but the remitter. This is only what I think as a Certified Public Accountant since 1964 and a retired Bank Examiner of BSP for 34 years. My refund is so small but I am after the principle. I would not claim anymore the refund of P263.03 for what I had experienced. I am a valued customer of your company since 2014 and I had made so many orders for accommodating my friends especially the Koli Power Juicer but on what happened I think I will stop ordering.

Tip for consumers:
Continue your followup on your complain

FELICITAS hasn’t received any thanks yous.

FELICITAS doesn’t have any fans yet.

FELICITAS isn’t following anybody yet.

I have this wig in four colours, they all look lovely and very natural. I can wear these for...

Love this wig. Hard to find one that looks natural. I thought the back was thin too but it looks...