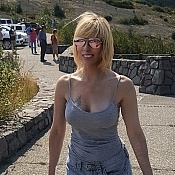 I was first notified that my order would be delivered on August 2nd by 2:30. I then received a message that it would be between 4:30 and 5:30. At 6:30 I called customer service who told me they could not deliver my order and they canceled it. I placed a new order which was to be delivered on August 3rd between 7:30 and 9:30 AM. I planned to be late for work in order to be home when it arrived. I called at noon and was told it would be delivered by 2:45. At 4:00 I called again and was told no one would be able to deliver my order. Obviously, I never made it to work. I will NEVER use Instacart again. Worst service and customer service I have ever received.

Helpful (0)
Thank you
Bed Bath & Beyond
16.2K Views
“Do not allow critical reviews of their customer service”

On January 25, I ordered two sets of dinnerware that I thought would compliment one another. They are the same pattern, one blue, one white. The blue set arrived intact but the white set had a broken dinner plate and a broken salad plate. I emailed customer service on January 29, the day that they arrived and asked if I needed to return the entire set for replacement or, just the two broken pieces. I received an auto response saying that they would contact me within 48 hours. When I hadn't heard from them by February 1, I emailed again and received the same auto response, but no one contacted me. Yesterday, February 8, I left two reviews- one positive for the blue set and a less positive one about the white set with the broken dishes. They published the positive review right away, but today, I received an email asking me to resubmit my review on the white set. They highlighted a part of my review in their email to me so I assume it was the part they had a problem with. (Please see photos.)

Felecia hasn’t received any thanks yous.

Felecia doesn’t have any fans yet.

Felecia isn’t following anybody yet.

As a customer service manager I have found this company to be extremely rude! I work in a popular...