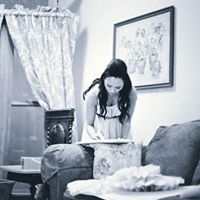 AHS American Home Shield
“TERRIBLE! A SCAM! You cannot get in contact with anyone now. They take your money and RUN!”

I think this is the 3rd time now in just a few months that our refrigerator's water dispenser stopped working. AHS has sent out contractors-- I won't even discuss the previous issues, but this time, I called the main number and could not get in contact with a human being! No matter how many times I said
"representative", it just kept ignoring me (i found out about an hour after all this bulls--- that the magic word is "agent." If you say representative or anything else, it will ignore you!

So I finally chose the option for someone to call me (when it finally gave that option, at least 15 minutes after holding!), and kept waiting for at least another 20 minutes. I stepped away literally for maybe 20 seconds to let my dog out of her crate, but could hear the "hold music" continuing. When I came back and looked at my phone, there was a sudden missed call from AHS! Meaning, since I had my phone on speaker and never heard any beeps, the way I would have if another call was coming through, that someone basically just called and hung up! So I cancelled the service request online and it said it will take 48 hours to get my refund. I'm still on hold and it is now 5:03 pm. I have been trying to get in contact with AHS since 3:43 pm. THIS IS A SCAM! If I ever get to talk to someone and AHS does not make this right and PROPERLY FIX MY REFRIGERATOR without charging me, I am immediately cancelling and will ensure that my best friend, who is a customer too, will cancel as well! What a terrible business! These are the kind of businesses whose executives are all going straight to hell and I cannot wait for such a day so I can rejoice!

Terrible, terrible staff! My husband and I just got home from the location. We were on our way to a store when my husband got upset because the driver behind him was basically tailgating him. It turned out to be a Sarpino's delivery car/driver. When we got to a red traffic light, my husband grew angrier and told me that the driver almost hit us. He was apparently so close that hubby couldn't even see his headlights. He cracked the door open and yelled for the driver to get off our tail. When the light turned green, the driver pulled up beside us (on my side) and yelled "f-- y-! What is the problem?!" As if my husband were the one who was doing something wrong! Sarpino's was right around the corner at that point so my husband pulled into the parking lot. I went in the restaurant and asked for a manager (mgr) & the 2 men behind the counter barely looked at me. I had to finally raise my voice and told them the driver and my husband were outside and angry before the cashier said he was the manager (mgr) & would talk to the driver. We went outside but all the "mgr" did was defend the driver. Also, he would not acknowledge me at all while I was also trying to tell him the details, he would only look and speak with my husband. I angrily said that just because I am a woman doesn't mean that I don't exist. All he did at that point was argue with me and he & the driver still made no effort to give me the info I had asked for (the name of this supposed "mgr" and the owner's info)... I told my husband to ask for it because clearly, it has to be a man who needs to ask, or they will not listen. My husband told him to give me the information & that was when we finally got the name/number of the owner (Dimitri). -- Tell me that there was no sexism involved here? Please support all WOMEN and do NOT eat or order from this terrible place!

Please, do yourself a favor and do NOT wasted time or money in this clinic! Let me start with experience #1: On Saturday, 10/28, I arrived for my 9am appt at 8:45a. At 9:01a, I went to the door (it was still locked, no people observed inside). 2 other women were now also waiting with me outside. At 9:10a, I called the clinic number and after calling twice, an asian man answered and said he would "call them" to let us in. About 5 minutes after, a woman arrived and we finally came in. When I was brought to the back, the thermometer was not working and the NP student could not find the disposable covers for the other thermometer so my temperature was NEVER taken.

Experience 2: Happened today, 11/20/17 at 3p. I spoke with the same asian man in the morning on the phone to let him know the time frame I would be arriving and pleaded with him to tell the lab technician (I would be leaving work early so I didn't want to waste time and gas). When I arrived, the young lady (she later informed me she is a medical assistant) in the front informed me the lab tech is at lunch and suggested I wait for a few minutes. I was already upset but went ahead and took a seat. After about 7 minutes, I went to the window and asked for my doctor's email and if they have a Patient Advocate I can contact. She told me at first that my doctor does not have an email and there is no Patient Advocate, but she can give me the phone # of the Medical Director. I asked her (in a skeptical tone) if my doctor did not have an office email and she then said he does, but she does not think he checks it. She gave me his card. She then asked to see the script I had with me that had the labs that should be drawn and she said she might be able to draw my blood, but she wanted to make sure she knew all the labs. After looking at my script she called the lab technician (who was still on her lunch break) and asked about the labs and what tubes to use. We then went to the back where she proceeded to tell me terrible things about her colleagues while she prepared what she needed. --Mind you, she was nice and I appreciated that she was trying to help, but it's not a good idea to talk badly about the workplace to a patient, especially when I was already having bad experiences with this clinic. It just makes the patient more anxious!

She then proceeded to "stick" me, which she had to do a couple of times, but that part is not a big deal to me, although my previous lab works have always been successful at first stick. She then proceeded to say that she "hopes" she is getting enough blood because the lab is "very picky" and might not do the labs if there is not enough blood. (This concerned me greatly!). She then looked around for a gauze and said she was done, but I could tell she was very unsure of herself. I advised her to remove the tourniquet first, but she told me "no, I'll take the needle out first," and before I could correct her, she pulled the needle out and my blood went flying out! By the way-- did I mention that I'm a NURSE MANAGER? I released the tourniquet myself and she was very flustered by now and placed a gauze (LIGHTLY) on the site. I asked her for a gauze and placed it right above the site and placed pressure. I explained to her that she should have removed the tourniquet first because the pressure would cause the blood to squirt out, which is exactly what happened in this case, and then I told her I'm a nurse. She then apologized and said she was just nervous.

As if all this was not bad enough, some of the things she said about the clinic and people in it (AND I BELIEVE HER!) is that the lab technician is lazy and relies on her to "help all the time" when the lab tech goes on break, and that certain staff usually leave early and that this has been reported but nothing has been done. I will write another review if somehow, I do not get any lab results back, as well as make a separate report to BBB and other necessary entities. Please save yourselves from the headache and choose a different place!

Faith hasn’t received any thanks yous.

Faith doesn’t have any fans yet.

Faith isn’t following anybody yet.

Do not waste your money or your time. They are THE WORST, absolutely the WORST WORST WORST. I...

Horrible company, you can't email them for anything, you have to call, you can't cancel your...