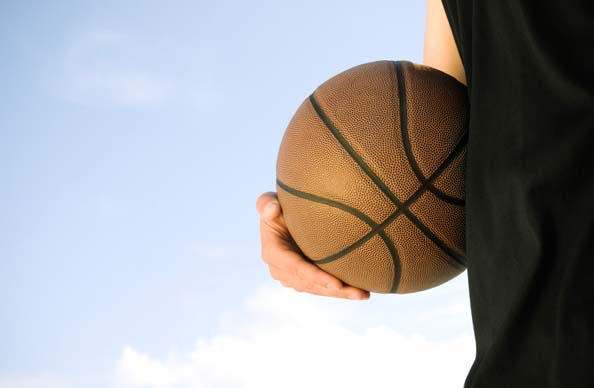 Mightybuildings.com
42 Views
“Be careful and do your due diligence here...”

I was very excited when I saw their website, as I have been interested in having a house built by 3 D printer, the cost is so low that a village of houses was built for the very poor in Mexico and for the homeless in Texas, therefore I was quite surprised that for the lowest cost house, a one room studio was $187K! Granted they would take care of all the permits and put the house on the site, but other reviews I have read say the basic house can be built for 10K in cost or even less (labor might be 3 people) and they do have appliances included but it seems that they have a HUGE profit margin. Their goal they say is to help house people who in CA can't otherwise afford to buy a house but they supposedly are starting a village in Southern CA where they say housing is from 400K-800K which is what a regular house would cost. On their website they say they would call you back, they do NOT, they do have a number but it's hidden on the bottom of a screen you have to scroll down a long time and even though I called between 9A-6P, their recording simply said that I was calling outside working hours and no one answers, can't even leave a message, it would seem in this era of the pandemic people would WANT to have a house built by a 3 D printer-no people, but maybe not and they are going out of biz as there is not enough interest. The other two companies, one who actually sold a house in N. Y area which was a 3 bedroom was sold on Zillow priced at under 300K doesn't offer other houses for ale and the other N. Y. doesn't seem to build for individuals. It's interesting as I feel the time has come for this kind of build but this idea like other innovative ideas always seem to be just concepts you see on Kickstarter campaign and as it is, I would be REALLY hesitant to give them or the other companies (which also don't list a number) any money unless in escrow account.

Helpful (0)
Thank you
LoanDepot
142 Views
“Although I have not used them..”

They give the personal info of the agent, and immediately get back to you. Unlike AAG that will want ALL YOUR personal info before they contact you and reversefunding.com who I like very much but suddenly can't get to their website (it was a Sunday and could be due to them working on their site.) Their willingness to post their personal info makes me more likely to at least contact them as they are not hiding anything and I would at least try them (the loan I want for the type of housing I want, I can't get.)

.. Just based on their inefficient website. First they make you think it easy to find a fare, just put in your city pair and dates (but it says NOwhere you need to register first) and spent a long time talking to an agent who kept saying I had to wait for a quote before she said it goes to an email which is when I realized that you had to register (the very FIRST thing she SHOULD have asked.) At first I wanted to online chat on their website, they may have people on there but when I got a bot response that said they had to email me back I wondered what was the point of having a chat box. Their Facebook is no better, you put a post on there, it disappears and the messaging doesn't know what you wrote. When they replied to my email, they didn't answer my questions and told me to call and when I said I already wrote you a long email why don't you address the comments and they responded in a snarky way, something to the effect if it merits a response we will reply-great thing to know if you REALLY have a problem!

When I went back to their site they have a tab that says contact but the email form isn't one of the choices, they just mostly want your personal info to sign up (since I knew they had one I later found it but it wasn't easy to find as if they did NOT want you to find it.) Their FB page shows that they seem to only want young, hip, people who unless they are celebrities, sports stars or Silicon entrepreneurs won't be able to afford private jet travel, it's older people who through high paying professional jobs or years of diligent saving and investing who are more likely to afford jet travel. I never did get my quote after giving my personal info. And their membership doesn't seem very good, they give you a number of free bookings with each tier, but the monthly membership fee might be more than booking independently and just charged a commission (an option they offer) and they give a discount if you pay annually but based on the haphazardness I feel this site is I don't think they'll last long, they remind me of the late, great firm Jetsmarter (which should've been named Jetdumber.)

Helpful (0)
Thank you
ViaBill
809 Views
“I would not use Viabill as a customer either and here's why...”

It asks for your soc. Sec. Number even though it doesn't need to since they have your credit card to charge and not billing you and TRUSTING you to pay it back, even though they have two opportunities to tell you before you spend a long time filling out the lengthy form. It makes it disingenuous and deceptive and a bus. Owner says it turns down 99 % of the people using it, perhaps they like me, do not want to give out their ss number or could be that the people who want to do payments have bad credit and can't get a credit card to make monthly payments. Based on what the bus. Owner has said, since it disapproves so many people from obtaining it, are they using your data and ss for more nefarious purposes?

Helpful (0)
Thank you
Twigby
364 Views
“I wrote a negative review because of an unfortunate exchange...”

With an employee named Frank who accused me of lying when I said that I wrote an email when the chat session was closed saying that I wanted to cancel and was not told in email responses that I had to cancel over chat and said if I lied when I said I would write a negative review, they would hurt my credit rating and then afterwards was told by email that they would charge $30 if I asked my credit card to remove a $10 monthly charge but they finally resolved it and gave me a refund. The service is reasonable enough and would have given it a higher rating but for the unpleasant experience but I have upgraded it from a previous rating of one star to three for them doing the right thing.

You MUST also be sure to keep records of your previous phone number, correct email address and pin, they do NOT keep records by name (do many people give phony names?) or address or cc number since I had stopped using that phone number I had deleted it and forgot it and I had given the wrong email address which complicated matters.

Tip for consumers:
Use the chat session for any customer concern, it seems that emails are not sufficient.

Service
Value
Shipping
Quality
Helpful (1)
Thank you
Postmates
17.9K Views
“They have a 98 % bad rating here and 96% bad on another site..”

I signed up for free delivery for a month for free as a promotion, I never even used it, and then I saw a charge for their annual fee of $99.00 for unlimited delivery, something I never agreed to or signed, luckily credit card company, charged it back. They are now owned by Uber Eats which also had a high dissatisfaction rating of drivers delivering incomplete orders or none at all, nobody in customer service to talk to or refunding of monies, do NOT used either of them (have negative review of Uber Eats too. Use Grubhub, it may have higher fees, they refund if service or food is bad. They like Uber Eats prefer to spend money on expensive (and cute) TV ads than on customer satisfaction. The only positive reviews are written by drivers (who to their credit are probably NOT the ones stealing food.)

Helpful (0)
Thank you
Uber Eats
7.3K Views
“NEVER, EVER USE UBER EATS, AVOID AT ALL COSTS.”

Probably the only reason why there are no bad reviews on two MAJOR sites like Google and Yelp is that they would rather spend their money on cute TV commercials and suppressing/squashing those bad reviews (which you can do with enough money) than on customer satisfaction which is issuing deserved refunds and hiring people to answer phones. I went through a lot of hassle to set up those companies on both of those two sites, and I can't find them now, a day later.

Weeks ago, they sent me an email with a $10 discount if I ordered, I tried and the order didn't go through. I am not sure why, but think it was because they didn't approve of the phone number, said bad phone # (is a google voice which I use for Grubhub and Doordash.) I spent a lot of time writing to them, they never solved the problem and ignored all the subsequent emails imploring me to use them. Yesterday there was a coupon for $20 credit, like a fool and a sucker I bit again, spent almost an hour on the order because saw a restaurant with a BOGO but of course you can't use the credit with that (if the special even existed) and again, couldn't put the order through for the same reason, phone #, and when I went to my account, it doesn't allow you to change it. I couldn't find on contact info their website this time (too many complaints I suppose,) and so am writing here to AVOID not only them but also Postmates, their service charges are less than Doordash and Grubhub for a reason, because if you don't get the order or something goes wrong as many people say, they don't hire people to respond and don't refund, it's worth the extra money to save yourself from grief and stress to use Door and Grub! Again, there are many, MANY bad reviews of both Uber Eats and Postmates so heed them! I will be writing a negative review of Postmates also! The only positive thing that happened is that I didn't lose money like the other complainants did.

Eva hasn’t received any thanks yous.

Eva doesn’t have any fans yet.

Eva isn’t following anybody yet.

Loan depot literally ruined my ability to buy a home for the next 2-3 years. This is the worst...

Promise you the world until they get your money, then the run around starts. Amateur lian...