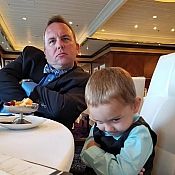 Gazelle
“Liars”
They gave me a value of $71 for my used Galaxy S7. I sent it in, and they claimed that it had too many scratches, and reduced the offer to $7. I refused the offer and they sent it back. When I received it back, there was not a single scratch on it. That didn't surprise me, because that phone was in a case the entire time that I owned it.

They were simply trying to lowball me in the hopes that I would just take the lower offer. The only reason I didn't give them one star was because they actually returned the phone without damaging it.

I will use another company from now on.
Helpful (0)
Thank you

Ernie hasn’t received any thanks yous.

Ernie doesn’t have any fans yet.

Ernie isn’t following anybody yet.

When Gazelle first started they always gave a fair rate for anything sold to them (bout 4 years...