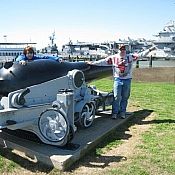 DirecTV
“Over changed because you can't cancel”
I had a 2 year contract with direcTv/AT&T and the contract ended 9-24. I called several times and several months ahead of time to verily the date i can cancel. If I cancelled earlier I would be charged 300 dollars early cancellation fee. I called 9-24 to cancel the lady said I was paid up till 10-23 enjoy direct tv or another month. 1 week later i got a bill for 147.65 or the extra month. I called and told me my billing cycle ending on the 24th so I have to pay for tv 300% increase or that month and i should have cancelled on the 23rd but would have been charged 300 dollars which they acknowledged. So i told them to cancel and i would pa the 36 dollars or the week, my monthly bill is 52 for the month.

Never AGAIN, you'd think the would offer me better deals to keep my and the residual income but NO!! screw the customer so the never come back. What a joke this company and AT&T is
Helpful (0)
Thank you

After being a customer for 20 plus years in an effort to reduce expenses I decided it was time to...

My father passed away. We paid his last bill and wrote on it "Deceased..we won't be paying any...