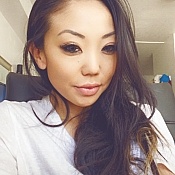 Course Hero
“DID NOT UPHOLD THEIR AGREEMENT - update - they did”
Coursehero honored their agreement and gave me 28 unlocks so i'm happy and i'd like to rescind my initial review.

I really liked Course Hero. The first time I used it, they fulfilled their agreement as promised and I received about 15 free unlocks for 30 uploaded documents that were accepted. I log in again, about a month and a half later and looks like my unused unlocks expired as I was left with none. Now it says if you upload 10 documents, you'll get 5 free unlocks. I uploaded more than 10 and have not yet received a single unlock. I submitted some textbook questions that had my own answers and they denied it, stating that I violated their Copywrite infringement policy, which is understandable but I didn't know that wasn't allowed. But even after I uploaded 100% of my work thereafter, they STILL DID NOT GRANT ME ANY UNLOCKS. I uploaded about 25 new documents and about 5 were denied and yet, I still have not gotten a single unlock. Un$#*!ing real. This company is a joke.

Helpful (1)
Thank you
Lensnature
“Defective contacts”
I ordered 6 pairs of contact lenses. All but one of them were defective. I saw that the color on one eye was a different shade then the other. So I messaged them and they told me they will ship another one but after months of not receiving anything, I followed up with them and they said they're out of stock so I chose a different color, one that I already had purchased before since I liked the color. I had recently moved so I had updated my address and sure enough received my last purchase at my new address. However, for some reason, they sent the replacement to my old address and when I informed then of this, they told me to go look for it by asking the residents of my former neighbors to help me find my package. They also suggested that I contact Usps and my previous manager, etc. because they can't send me another pair. They also informed me that they'll help provide more suggestions on how and where to look for my package. I've ordered several times from them and was generally happy with the results. I was planning to order another 6-10 pairs yet by the way they handled this situation by cheapening out with one pair, that they initially $#*!ed up on, lost my business. And the fact they told me to go look for it asking neighbors and such was just plain ridiculous. That left a bad taste in my mouth and so i will take my business elsewhere. There are plenty of contact lens companies such as this one so it's not anything special in particular. Plus I don't think they're completely safe because I got my first pink eye infection after using their contact lenses.

Erica hasn’t received any thanks yous.

Erica doesn’t have any fans yet.

Erica isn’t following anybody yet.

Have you been struggling with how to work on your homework? We at https://www.homework-aider.com...

OVERPRICED Do not buy their membership WORST SITE EVER