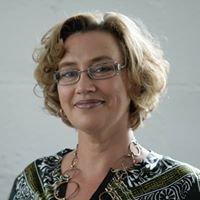 LogMeIn
“Criminal Scammers Beware!!! DO NOT USE THEM..!!!!!”
Shocking Criminal Scammers, they increase there subscription by 300 - 400 % after the first 2 years, so you feel settled and possibly won't notice what the do!!! my fees went fro £74 to £359.99 in 3 years. with absolutely no notice or confirmation......This is a complete scam and their staff are also extremely rude and unhelpful.

The first year I purchased this company subscription it was priced at £74 for the year, all fine.

The 2nd year they sent me a renewal notice for £109, quite a bit more but still fine.

The 3rd year they didn't send me a renewal notice at all and it was missed by me that in fact, they had charged my account by £251.00 that's more than double the previous year!!!

This year they sent me 2 emails stating I needed to update my card details. I did not update these details as I wasn't using the service and didn't really want the service anymore. They sent no notification of the highly overpriced new rate.

Then just yesterday they somehow took £359.99 from my account. when I called them they seemed to act like it was perfectly normal to inflate their prices, like this and were in fact extremely rude.

They have canceled my account as I threatened legal action. However, I'm sure they would not have done this for everyone.!!

I now also feel very uncomfortable that they have the software installed on my machine. As they are a very unscrupulous company....

DO NOT USE THEM.......UTTER SCAMMERS should be locked up for fraud...!!!
Helpful (2)
Thank you
Nastydress
“Scam Company also trades as others Twinkle Deals & Rosi Gal”
This company is a complete scam, they are sending generated reports to everyone, acting like a concerned company, they are sending out cloths that are of the worst quality you have ever seen. the pictures they advertise are of completely different items, stolen from other sites around the internet. hundreds of women aren't even getting their orders. they advertise as numerous different companies, such as Nasty Dress, Rosie Gal and others.

Hundreds of women are getting scammed by them, they often don't even get their cloths, and when they do they wished they hadn't bothered. I was one of them. This company needs to be investigated and banned from Google, urgently, they are advertising all over Facebook, and should not be aloud to trade. They are clearly breaking copyright laws as the clothes they advertise are not there own pictures and certainly not what you get.

This company is trying to make out they care about their customers by responding to bad reviews......!!! they are still a scam do not be fooled by any of this they do it a lot... their clothes are only fit for the bin....the images they show are stolen from other authentic companies and are not even their own images....Do Not waste your money with these scam merchants....!!! They should not be allowed to advertise on Google of Facebook.... someone should close them down they are thieves and scammers...!!!
Helpful (10)
Thank you

Sandy Z. – Nastydress Rep Over a year old
Dear Emma,
Thank you for your recent comment.
We feel sorry for what you had described.
The order number you had provided to us is invalid, and would you mind to check your aco$#*! and provide us the correct one?
Looking forward to hearing from you.
Best regards,
Customer Service
TwinkleDeals
“They are a Total SCAM Steer Clear and Beware!!!”
Don't buy from this company they are a scam!!!, I did and regretted it!! They make cheap, copies very very cheap copies. The photos are not what you get....!!!

Share with your friends and don't let people be fooled by them. I also had to pay £22 delivery at this end, it's cheap rubbish you will be very disappointed...... They have loads of bad reviews... But don't show them on the website...,,,, They delete everything... they are also listed as other companies called www.rosegal.com & www.dresslily.com and others BEWARE!!!

They advertise on Facebook and should be banned, many women buying from them haven't even received their goods... They should be banned from google, they do not sell what the advertise at all. I warn everyone to look up all reviews on them, they are all bad, except for the few they write themselves. "

Tip for consumers: Everything about THIS COMPANY IS CRAP!! apart from the stolen photos they show of the items they don't sell....!!! THEY SELL CHEAP $#*! that is not what you see in their STOLEN PHOTOS...!!! BEWARE THEY ARE A BIG SCAM!!!! and use many other company names too...NASTY DRESS - ROSIE GAL to name a few

Emma hasn’t received any thanks yous.

Emma doesn’t have any fans yet.

Emma isn’t following anybody yet.

I called support to cancel our monthly service and they can't help. I had to email some random...

Confirmed that they cancelled and then continued to charge me. They will charge expired cards,...