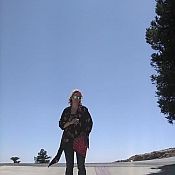 Stickr.co
“It's worth it!”
So at first glance I wasn't sure about this... but gave it an shot anyhow! It's been totally worthwhile. The small fee I paid upfront to have the advertisement sent to me was returned upon my submittal of placements. The added extras found after that came just in time on and when date night occured on an whim! Making it much better... and I know that people pay more attention to others vehicles than even I had assumed. The option of choosing the campaign you want makes it even better!
Helpful (0)
Thank you

Emily doesn’t have any fans yet.

Emily isn’t following anybody yet.

As the title states, I just started with Stickr. So far, so good. Installation and verifying the...

Easy money. Highly recommend to all friends and family. Compensation is good and there are...