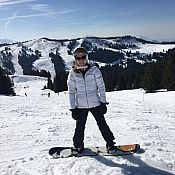 ManoMano.co.uk
“Very happy with my order”

Very happy with my order. Wanted a replacement like for like bathroom cabinet. Saw the same one online with various retailers for £59.99 and then saw it via ManoMano for £39.99 (inc delivery). Ordered it and then panicked as the confirmation email took quite a few hours to come through but in the meantime I had read some worrying reviews on Trustpilot. I even rang my credit card company to say I was worried it was a scam (also because the cabinet was £20 less than everywhere else I could find it I thought maybe it was too good to be true). The credit card company said as the transaction was still pending they couldn't do anything until it was going through their system. In the meantime I got the confirmation email but I was still dubious.

The order went through on the 9th January and the expected delivery date was 20th to the 23rd January (which I thought was quite a long time). In fact it arrived maybe 6/7 days after I ordered it. It was all fine and it looks nice in my bathroom.

Thank you so much for taking the time to write a review of your experience with ManoMano.

I am very pleased to hear that you were satisfied with the service and your product delivery time. I hope that you enjoy your item.

We look forward to seeing you again soon on ManoMano.co.uk!

Emily doesn’t have any fans yet.

Emily isn’t following anybody yet.

Bargain price for the fold up paddling pool, much cheaper than amazon. Seamless ordering, very...

Ordered the hugh wicker baskets when they arrived I was really impressed, couldn't fault the...