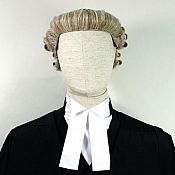 Hifi-Tower.co.uk
“Never Received Item - Order Cancelled after 20 days of assurances”
On 8 July I ordered a set of speakers from their website. It should be noted that I was charged immediately on order. The order stated I could expect delivery in 4-6 working days. There's a link provided to you, for where you can see your order status.

A week later, I noticed the order never shipped. I contacted customer service and, as usual, it takes over 24-hours for a response. Their phone numbers don't ever appear to work, which raised my suspicions. I am adding screenshots of the email exchanges below, but essentially I was told twice that the item would ship in the next 3 working days or that shipping was imminent. It never happened.

Finally, after demanding a refund, I'm told on 28 July that "due to backlog at the warehouse and logistic issues, we have had to cancel your order."

This is a disgraceful German company who likely never had the speakers and was happy to waste my time while holding on to my funds, in the process.

Tip for consumers: Do not order anything from here. Simply because the website says the item is in stock, this doesn't mean anything.

E hasn’t received any thanks yous.

E doesn’t have any fans yet.

E isn’t following anybody yet.

Received a Belle Epoch hifi which is a total dud! The only thing which works is the on/off light....

30 Days later I'm getting a refund but not until I drop it back to the post office for the second...