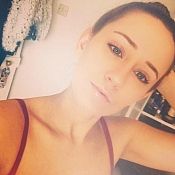 Our driver on the way there was rude and did not say one word to us.
On our last day I text our driver who I thought was picking us up to confirm the time and he text back saying he is not our driver but he will let the company know so he can pass the info on.
Our flight was 30mins delayed so I then text him again to let him the delay and our flight number so he could track us, once again he said this was fine.
We landed at Luton and we then proceeded to wait over an hour for our minbus which did not show up. After over 50 calls to the 2 numbers, emails and calls the previous driver the only way I was able to make contact was through whatsapp.
He said that because our flight was delayed he could not honor the job and he had passed our booking to luton cars. BULL$#*!
He left my 84 year old grandmother waiting outside Luton, its disgusting.
$#*! company, $#*! people and $#*! service
DO NOT USE!
Helpful (0)
Thank you

Elle hasn’t received any thanks yous.

Elle doesn’t have any fans yet.

Elle isn’t following anybody yet.

After we checked we understand that they are very expensive, but the service was fine.

DO NOT USE THIS COMPANY. They do not turn up and steal your deposit.