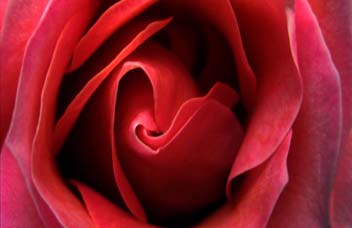 I reached out to Fidelity in December 2020 with regard to a problem. A check had been alledgedly presented to my account (which I did write) that Fidelity returned NSF - although there was money in the account. I asked Fidelity to explain what happened - in part because of the check - in part because of the hellish customer service I encountered in their 1800 hell. I followed up with SEVEN emails in their communiciation center. ALL EMAILS have not been esponded to. I called them and spent an hour and a half AGAIN on to the phone and a manager assured me they would respond. STILL - no response. I cannot imagine a company that ignores SEVEN emails and two phone calls (over three hours on the phone) fixing THEIR mistake! What a great advertisment for Charles Schwab. Literally. This level of service is disgusting. To my understanding, banking requirements require that they respond to formal complaints.

Anyhow I reached out to the Better Business Bureau - this time I received a response to my email (keep in mind it was a response to email #8 - sent over FOUR months of unresponded to emails) and they offered a canned response but nothing explaining what happened.

I responded to their email asking them to address my inquiry - no response. I replied again two weeks later - STILL no response.

So, to recap - 10 (TEN) emails to Fidelity customer service (oh, and they are getting them - I reveive an email confirming it) and no response. The complaint to the BBB was marked unresolved as they did not even respond to them.

I have no idea where their customer service got so de-railed but it is bad. If you don't want to spend hours on the phone resolving their problem - or have the opportunity to send TEN emails and have TEN emails ignored? Check out ANY other investment company. No one should have to deal with this level of "service"

I also attached a photo of the emails that I sent (in my sent items bin) following up on this with no response.

Helpful (0)
Thank you
USVitalRecords.org
“The DMV has better service than this "company"”

This company may be worse than the DMV for service. And that's saying a lot.

I bought a birth record through Archives.com. Had they disclosed the name of this con artist / "company" that they outsource the joh to I could have researched and would have never proceeded. There are hundreds of horrible reviews of USA vital so this is clearly "business as usual" for them and I am shocked that Archives.com would affiliate with such a deplorable company.

So, I reached out to the company to clarify and (for the one time in attempting to reach them) got a response saying that they were wrong and I was all set. No further documentation should be needed and they were sending me a non-certified copy of the certificate.

I had clearly requested and paid for a CERTIFIED copy of the cert so I sent them back not one, or two, or three, or four, or five, or six, or seven, or eight, or nine but TEN emails to this effect. They have responded to ZERO of the emails. Do you know how hard it is to ignore TEN EMAILS?

So, then I tried to call them. First time, I was on hold for 40 minutes. Then I had to hang up as my lunch break was over. Second time I was on hold or an HOUR AND FORTY-FIVE MINTUES. I screenshotted the call log for documentation. What is going on with this company?! Oh, and I didn't get through no one ever picked up the phone!

In all the complaints online, they say to "call their 800#" which is HYSTERIAL since they don't pick up the phone! These people are deplorable con artists and should be avoided at all costs! I am disputing the charges with my credit card company. / Consider your selves warned!

Elise hasn’t received any thanks yous.

Elise doesn’t have any fans yet.

Elise isn’t following anybody yet.

Easy application to open account. It's June and I tried to open this account since March and they...

I have tried for 3 days to speak to a human and failed after many hours. Time to remove all funds...