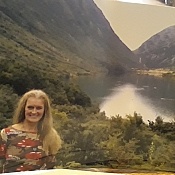 I got my entitled refund for a cancelled flight, but I had to PERSIST & REFUSE EBookers LIES. I booked a flight to Austria, early March, for a ski trip. 2 weeks later, I myself discovered that due to Covid19, Austria were closing all ski slopes, closing all tourist accommodations & refusing landing rights for flights from the UK. Ebookers never informed me of any flight cancellation. Getting through to them via Chat was impossible (it was quite obviously an automated system). I used email & phone, hours on hold. When I did get through, I was told that only a voucher was on offer & they blamed the airline for enforcing this. I refused this & phobed the airline, BA, myself. They told me not to be 'fobbed off with a voucher' & that it is a Condition of Carriage that a full refund was my entitlement, as the service, my flight, was not going ahead. This applies WHETHER OR NOT the flight was booked direct through to airline or via an intermediary, like ebookers. EVEN ON EBOOKERS RECORDED PHONE MESSAGE THEY STATED THAT AIRLINES WERE GIVING VOUCHERS, NOT REFUNDS & THAT THIS MEANT THEIR HANDS WERE TIED. ALSO, VERY CRAFTY) the message prompted me to press 1 to cancel my flight...(a flight that was already cancelled). All that would have done was to get me a voucher, NOT a refund. So DISHONEST. It took more time on hold on the phobe to ebookers. Whenever I emailed, they would not commit to any direct answer & always said I had to phone them. Eventually, after I persisted, I got an agreement to a refund, which I got some 10 days later. EBookers are linked to Expedia, Booking.com, Priceline, Trivago, Travelicity, Hotels.com & more. I already dumped Booking.com for their corrupt Reviews system. Now I have dumped the rest too & will book DIRECT in future.