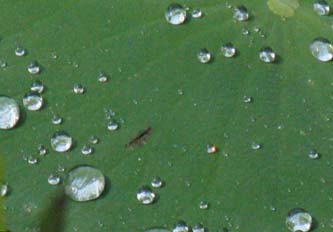 AquaBliss.co.uk
“Bunch of crooks”
Bunch of crooks! Same experience as others. Ordered something and paid extra for 3 day delivery, it never showed. Called the office to talk to the rude and unhelpful customer service team, (and I use the term 'customer service' very loosely. Told it would come the following day guaranteed, it never did. Called the following week to cancel the order and told my money would be refunded in 3 days as they were in breach of contract, the money never arrived. Called again and then they said it would be 14 days, still never arrived. Called again and now its 14 working days! I'm 2 months in now and still no refund. Every time I spoke with Anne-Marie, or Marie as she uses sometimes, and every time she gives me a different answer as to when I'm getting a refund. I don't think she can open her mouth and not tell a big fat lie. She is rude, unhelpful and obstructive and the one thing I'm sure of is that a customer service role is not for her.
I urge anyone to purchase elsewhere. Everything that is advertised on there website you can buy from more reputable suppliers on the net so you don't need to go though this misery that myself and many others are going through. I purchased all my items in the end from Plumbworld, Soak.com and Drench who all gave me excellent service unlike this bunch of dirty conning scumbags. Do yourself a favour and buy elsewhere. I'm taking them to small claims like many others. I also urge anyone who has suffered to contact 'Action fraud' on *******040 and register a complaint with them.
And this is a 'no star' review. Google insist you leave at least 1 star which is 1 too many!
Helpful (1)
Thank you

Edd hasn’t received any thanks yous.

Edd doesn’t have any fans yet.

Edd isn’t following anybody yet.