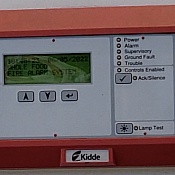 Google
“I'm not a robot appearing because of network traffic!”

I completely updated this review because I have revealed it is a network issue. I think this is Google's issue and google should fix this now. This usually happens at night when watching cable TV. Network issues have nothing to do with unsecureness. I can't believe google would even think about adding i'm not a robot. I am not the most happy about this. FIX IT AND I DO NOT HAVE TO DEAL WITH REPACTHA APPEARING EVERY 100 GOOLLE SEARCHES!

I counted 1 ad per minute on a 23 minute video. The ads stopped after 16 minutes. That is equal to 16 ads. I will not ever watch YouTube without my brother's premium account. Youtube ditched the yellow ad marks, and put ad warnings to let people know there will be an ad! I do not know why a lot of people do not buy premium even though it costs $16 per month. We had android at the time we bought premium, so we got it for $12 per month. That is a savings of $48 per year. The $48 per year savings is only on android. You should buy premium if you are a YouTuber that has over 1000 subs because you would not have to deal with ads. It is great that we bought premium and are now binge watching YouTube every day!

You can watch billions of videos from around the world, and live streams. It is so easy to verify your account and post stuff on youtube for people to enjoy videos! I think YouTube should make premium cheaper!

This game is way too hard to get points, which is a problem. Boost takes away your points, so that is slightly worse. I recommend crazy games instead. Almost impossible to get 3,000 points! Do not recommend!

I caught an accident on my Yi dash cam, of course it is the weekend, so you expect it to be busy. I can't believe how good this dash cam captures. Buy a Yi dash cam and use it right when you get it. It will save you from not getting an accident on video. The footage saved perfectly, which is great!

I am going to OLM right now. The teachers were not nice at all at McKinna and they are really nice at OLM. Bianca was completely wrong about recess time as their is 2 recesses no matter which grade you are in. So far, OLM has more time. You can just play with school toys during class time at OLM. OLM is overall a way better school than mckinna.

Frontier sucks a lot! We made sure that the internet was connected before we updated our XBOX. It was updating, noticed it failed to update. Tried again, it downloaded the whole update, verifies, and fails again. It failed when it was well more than halfway done! We made sure the internet was connected. It is 17 percent right now as I am writing this. It failed 2 times so far while connected to our frontier 50mbps network, with is plenty fast for updating an XBOX! It is well more than halfway done right now. This is the part where it failed right now. It has not failed when we are way farther than the part when it failed. The update is going slowly right now. It is going a bit faster. It finally updated. Worst Internet Ever. Buy Spectrum

We have had many broken goggles because of this swim company! Speedo is bad quality. I would never recommend speedo products to anyone!

Helpful (0)
Thank you
Trustpilot
“5 of my reviews removed!”

5 of my reviews got removed, which is bad. I will never use Trustpilot again. I think that it may be fake reviews that is causing the problem. Don't even think about using this website. I would rather use a website that you can't read reviews unless you sign in. That is really bad. I will use other websites for life. I just logged out because I got so mad.

I hate that you cannot translate other language reviews to English. This is a feature that you need in the USA. I will never even think about using this again.

Tip for consumers:
Use Sitejabber Instead!

Helpful (1)
Thank you
Theskyscrapercenter.com
“I would not recommend this to anyone!”

This website says you need to register for free access! There are good images, but that's all, because of the free access thing that appears. It says you need a company, which is terrible for a website like this! With Emporis, it is totally free and you will not need your personal info. I am not using this website again.

I know this video converter has bad reviews, but it actually is bad! I tested 2 computers and nothing has helped! It works for a bit then it stops working and says error! The first time it said download error, I had the fastest download speeds!

Drew hasn’t received any thanks yous.

Drew doesn’t have any fans yet.

Drew isn’t following anybody yet.

I would advise to order little bit of $$$and patiently wait. I never received some things I...