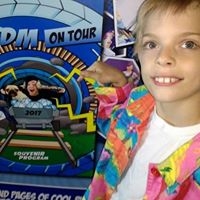 Great service, knowledgeable people, great promotions and coupons... The products are great and the stores are so clean

Helpful (0)
Thank you
QVC
“Everything i bought was junk”

Nothing i bought at qvc maintained working order. I have not bought for quite some time now. Watching those sales people is nauseating

Helpful (1)
Thank you
LICKS Pill
“This is a horrible company”

The products should have labels that say refrigerate after opening. They do not.The CEO is a rude person who spams people. The products are very much overpriced. I have tried on my pets and they "do not work". I was a brand ambassador" for licks pill free and could not believe the double talk from management. The dated products on the shelf and the number of customers who complained about the product getting green molded. I would never give to my pets again

I used to shop there until i read labels and that put an end to it, oh, Also horrible service in stores. Many products contain artificial dyes, ingredients, Made in Chins, this vanilla product has zero vanilla... Crafters Choice Black Raspberry Vanilla* FO 89
Ripe black raspberries are mixed with dark plum and warm vanilla. Flashpoint: 190°, Vanilla Content: 0.00%, This to me is dollar store soap at premium prices

Helpful (2)
Thank you
Kmart
“I love Kmart and its prices”

First lets discuss wal martians and thier sad staff. Wal-Mart: I smiled at the people greeter didnt greet me or anyone else. She stood there like a zombie looking straight! At Wal-Mart I see people moping around with frowns, yelling at their kids, and everyone looks depressed. In my experience, the difference in cleanliness between the two chains is dramatic, especially the bathrooms. I brought my son into the bathroom at Wal-Mart and it was so nasty

I can get in and out at Kmart without a hassle, the prices are similar. I would rather pay more at kmart and not deal with the horrible customers and staff at wal mart. Bought my freezer, pcs, exercise machine and many other items at wal mart. The pet food is cheaper and i get points toward future purchases. They both sell pizza in Spokane valley store. Kmart lil Caesars is great and made fresh, the service is 2nd to none. The wal mart pizza is disgusting

Used to be better, but still reasonable prices, good warrenties and way better than target, wal mart or shopko and pennys...

Sir how expensive is that crate and barrel item? Oh sir as expensive as you want it to be. Today we have a 20% off sale making our products only 40% higher than made in china items at other stores

I love pandora and its wide selection of music taht si available. I wish they also offered free audio books

Poor service and the licks products were green molded with no labels saying refigerate, at store in spokane on division staff was cusiing, mocking customers

Helpful (0)
Thank you
Office Depot
“Once a good store”

Now no one does or knows anything they just sit on the phones and do nothinga nd know nothing...

This is a horrible company. I sold two items and its impossible to get my money because they pretend they are not getting my emails. They send out so much spam. I sell items and cannot access the point to printshipping, i never get the emails, funny i always get their spam. They have not responded to my 42 emails

We're sorry to hear that you're experiencing this issue! Please feel free to write in through contact@mercari.com, or if you'd like to write to write us through Facebook or twitter you're more than welcome to! We hope to hear from you soon!^MM

Donald hasn’t received any thanks yous.

Donald doesn’t have any fans yet.

Donald isn’t following anybody yet.

I like the Ulta Beauty brand. My first purchase was lipgloss. It was amazing. Colour and perfect...

It's perfectly safe, I've purchased online a few times with no problems! Usually if it's a big...