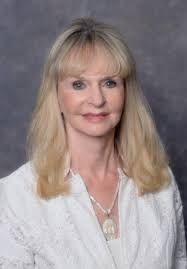 Lawn Doctor
“If you see the LawnDoctor - RUN the other way!”

After moving to Connecticut we contracted with LawnDoctor to do yearly lawn treatments.
We agreed to multiple treatments throughout the year. After the first year, our lawn was in very bad shape and we were told it was normal and that it takes time for a lawn to develop healthy soil, regrow, etc.
We agreed to continue the treatment for a second year. Halfway through the year I started to email and express concern as our lawn continued to get worse and we expressed great displeasure with the terrible service and contracted another company.
LawnDoctor continued to send a team the following year while we were at work and we explicitly told them to stop. They have since taken us to collection to try and collect for the two treatments done the third year - without our permission, or approval. It is now 2020 and LawnDoctor
Is still trying to collect funds from 2018 - which is apparently their right. We thought it would be fair to exercise our right to review their service.

Since we cancelled LawnDoctor our lawn has improved incredibly. Do not be impressed by pricing or marketing -the LawnDoctor Of Connecticut service is terrible. I have spent time researching them and found that many of their customers continued to be billed after cancelling service which seems to be a trend of
Illegal activity. Online reviews also say that many others have had their lawn suffer because of LawnDoctor. We will be filing this complaint on review sites but also with the BBB and Connecticut Attorney General. It is not legal to auto renew and continue to bill after service has been discontinued.

If you see the LawnDoctor - RUN the other way!

I am 51 years old. I have not been using any facial products for many years. I had these terrible lines under my eyes, which I hated. I purchased Idrotherapy Cream. And oh boy what a wonderful product. My frown lines between my eyes and lines under my eyes are 80% gone in just 4 weeks of use. I am feeling and looking 200% better. The dark puffy eyes are gone. I am all bright eyed and puffy tail at the moment. Thank you for a great product

Dolores hasn’t received any thanks yous.

Dolores doesn’t have any fans yet.

Dolores isn’t following anybody yet.

When process the order for free trial for NZD 9.99 for shipping only. The direction on the...

This is the first wrinkle cream the I tried and I can clearly see results within 3 weeks of using...