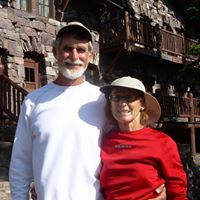 It asked for info that made me suspicious, so I demanded that the rep tell me my account number with c4supp. He looked it up and I was satisfied, but he said that the form wasn't working and he forwarded me on to another guy, who asked for access to the machine like they do. I went along cause after all, they knew my number. Well after a series of attempts to get a credit card and online banking to work, he got pay pal to a point where he said that he could only credit accounts for a minimum of 800 bucks and I would have to give him the balance via a western union transfer.

I said no way and he got upset, when my wife was on the phone telling him to give our refund to charity I shut down the machine. It had some trouble with a password when starting back up, but it recovered from that when I forced a shutdown. Before all that happened another guy called back and said that they could fix the startup problem for 300 bucks, but about then it had recovered. About a week later a lady from c4 called in response to message that I'd left over a week before and I told her all this.

She says that they aren't going out of business and I asked for ID theft protection due to their security problem.

She assured me that they'd do that but when I called the next day they said no.

Worse when we asked why they weren't warning their clients about these imposters, they said they wouldn't do anything till their investigation was over. The scammers called me again today. Apparently they don't keep track of who they've tried.
Helpful (6)
Thank you

$#*! hasn’t received any thanks yous.