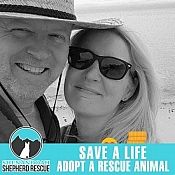 Sears Home Services
“RUN AWAY!! Buyer Beware”
I doubt this post will be up long because a dishonest organization isn't willing to let their practices be known. My husband and I purchased an appliance home warranty protection plan from Sears Home Services. We paid our fees monthly, per the agreement.

Towards the end of the agreement (it was up next month) we called because our above range microwave stopped working. It stopped working because it was old and the framing part around the door cracked, which put the door out of alignment, which caused the unit to short out. The house was built in 1996, and this is original.

First we were told that it wasn't going to be covered because.. the door is not covered. As if the door isn't an integral part of a microwave!! Then when I objected, I was told that the unit wasn't "maintained" and THAT'S why it wasn't covered. Again.. the unit is TWENTY THREE YEARS OLD. In a fit of disgust, I cancelled the service and after getting the runaround for literally weeks on end, I was told that because it was cancelled, they weren't going to bother reaching out again.

Buyer beware. Just self insure, and keep in mind there is likely a good reason that Sears is going out of business. Evidently the same clowns that run that business are running this one.

So keep in mind, they are happy to throw away YEARS of my business over a $300 replacement microwave. IMAGINE what they will do if you have a pricey replacement needed.
Helpful (0)
Thank you

Diane hasn’t received any thanks yous.

Diane doesn’t have any fans yet.

Diane isn’t following anybody yet.

I HAD SEARS HOME SERVICES COME TO MY HOME TO REPAIR A 15 YEAR OLD CRAFTSMAN LAWN TRACTOR. ...