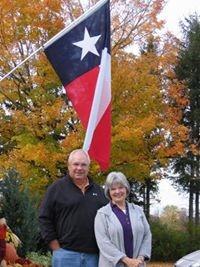 Driver Support
“Too bad the true color of a company isn't visible up front!”
I purchased this as (what I thought) a yearly subscription. Current drivers are free from most all companies and typically free of charge.Come to find out this is a monthly bill; and to let you know how exorbitant this price is ....not even the highest software comes any where near to this cost! I just overlooked the fact it was a monthly charge. Started sending emails where I was instructed to go to their website and fill out request and then my request would be handled. Sent email in September (they refused to acknowledge) Sent another in October which they acknowledged and then cancelled the account but only after another monthly charge in November. Called to discuss this and was not allowed to explain; actually I was hung up on! This is not a required software and probably should only be used one time a year unless you have multiple computers....but to sell this as what I thought was a yearly charge only to have them raise the price over ten times. Then when you call to attempt to get it corrected, ignore your requests. This reeks of a company in deep trouble. Why else would they ignore cancellation requests?
Helpful (0)
Thank you
Lucchese
“Even with cost cutting measures good value”
Sam Lucchese would explode in his grave if he knew of the cost-cutting measures in place in the finished product. Lucchese has always been a class product and still is, yet imperfections in the leather which was absolutely NOT allowed when Sam was alive appear more and more often. I hate to see the Legacy of the Lucchese name tarnished such as it is today!!
1
Helpful (0)
Thank you
AVG
“charged me for 5 years for single year subscription would nor will not refund”
Just over a year ago I purchased Ultimate Protection, AVG Internet Security, AVG Tuneup, AVG VPN and a couple of other smaller programs. In attempting to contact them I talked to several reps and not one could speak enough english for me to understand them. Finally (a supervisor ? maybe) called me back and he did help me get the program useable. They originally got my email incorrect and when I attempted to get in and make corrections, there were two accounts with two different emails. Then I called the agency that handled their billing attempting to find out the status. When I did get someone to talk to it was a technician and found out the charges
Helpful (1)
Thank you
Netgear
“A new Low for customer support Rating should have been 0”
In an attempt to proceed to the problem area. Bought new netgear router. Had to wait to install it as there was a problem with Internet changeover. Installed the router. Could not login with the predetermined admin and password. Changed the password using word processor cut and paste to be sure it is correct. After about four hours attempting to get router installed with no success. Called Netgear support asking for help told them I bought this about a month to forty five days ago. The first thing out of their mouth was you are out of warranty. After some time finally they attempted to help but with reticence.
Tech I was speaking to was getting stressed as she began hurrying me. The problem was we could not access the Genie which is supposed to help in the setup process. It would not take the password I cut from word processor and pasted into the netgear software. After about an hour she asked if I had another computer which I went and got. We had attempted to get the password into the router with three different browsers and nothing worked. Finally I told her I had an Ipad and she asked me to get it which I did. Same exact thing. She then asked to accelerate this to a higher tech at a cost. I inquired about the cost, and finally I said so what you are telling me is not only do I have to purchase the router but I also am going to have to pay for the installation. I explained to her that was unrealistic. After several other attempts it remained only nothing could enter the correct password. I did tell her that if I had to pay customer support for something I have successfully completed over the last twenty five years.that I did not want their product and I would have the store return it to them and share this fun I was not having.
Helpful (1)
Thank you
Amazon Prime
“Poor programming ability in that a phone number of an old customer cannot be removed from records”
Cannot verify phone number on my account! Had to change my phone number because of multiple phishing and robocalls. Called Amazon to attempt to give them my correct number...was told this number belonged to an old customer and that there is/was no way of taking their name off my account! Absolutely amazing that a company of this size cannot have their software programmed into one that protects their customers. First, with Amazon, you were forced to use their own bank (Synchrony) and they would not allow payments from Paypal, now they cannot remove someone from your account that should have never been there in the first place. Hopefully, nothing will come from this yet with the world today I hope they are insured! Protect who is on your account!!!

Tip for consumers: Prime is great, however, unless you use it multiples of times to get your money back!! You also need to verify their prices!!

Helpful (1)
Thank you
HP
“HP laptop will turn off, not one concerned person @ HP”
Bought brand new hp 15. 12 gig of ram 1 TB hard drive. Turned it on first time. Will not shut down on its own. You have to press and hold the power button 10-15 seconds and then it might shut down.Since every item for sale in the US is built by the lowest bid it is not surprising the customer service response. No one in this department speaks without such an accent that it is extremely hard to understand. Not one person in customer support gave a "____" about my problem. 10 days old and I wanted a faulty computer replaced. This is; was my last HP anything, just because they do not care enough to take care of the problem. 1 year warranty.......you can forget that. If you have bought faulty merchandise that is what they consider the ultimate sale no use no work no complain, move on to the next unsuspecting customer!!!!!
Helpful (4)
Thank you
Best Buy
“Everything Fine.....Unless you have a problem (Then NOTHING)”
Bought a Samsung Range Slideout (Model #NE58F9500SS) and windster range hood with installation. New tile floor had just been installed. When we pulled the stove out there were no leg leveling devices for the front side of the stove. Once we noticed that we started inspecting more closely and found they did not install the child anti tip control. The installers did not discuss altering the installation nor taking the leg levelling devices so the stove could be leveled. I am unsure about liability if a child happens to grab and pull. If I was able and younger we could have checked and known the leg levelling parts were missing.

Thank you for your review here on SiteJabber.

Would you be so kind as to write to support@myheritage.com from your registered MyHeritage email address and also place my name in the subject line. This will ensure that you are forwarded to me and I will look into this matter for you.

Thank you for your cooperation and I look forward to hearing from you.

Dexter hasn’t received any thanks yous.

Dexter doesn’t have any fans yet.

After installing it on my win 10 laptop i restarted my pc and than my pc always crashed in...

My computer had malware issues so the shop I took it to, installed a Free AVG program. When I got...