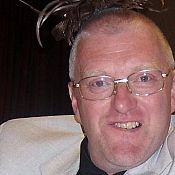 I have been reading these "reviews" with tears of laughter rolling down my face. I recognise a lot of the stories (and that's what they are, works of fiction) as part true (the parts that make the butthurts look better than they are) None of them tell the full story, why should a site keep people on there that cause problems and a lot of trouble with other members to such a level that customers are leaving the site to avoid them? When you have people logging into another members account the day after he died and using his credits to buy them selves and their friends bling to help them stay at the top (because he spoke to me before he died and wanted me to have them) men that make profiles as a female with pictures taken from porn sites so they can get credits from people that are too gullible to question them, people shopping salutes to try and prove the fake account they have made to cheat others is real, I could go on but think you will have gist of how it goes by now, some say the bouncers are disrespectful and delete things, bouncers cant delete things, its not within their mods, what they do is consider if it is within the site rules or not and if not pass it to admins, they act as a filter to stop admins being overrun with crap, and if they were disrespectful as stated they would be fired from the job, I could continue refuting every single review on here that is anti the site (other than they dont like it, no one can be forced to like things) but will save time and say when reading them consider why any site would ban "good customers who have spent thousands over the years" if they were such good customers? Sometimes just spending money there does not make you a good customer, if 5 leave to avoid you what is the point of allowing you to stay and run off other customers, they are the ones that cause the problems on the site then cry poor me when called on it and with that said my last statement will be to this site, read those reviews then read your own terms that have to be agreed to before posting "I agree to Sitejabber's Terms & Conditions, including to not write false reviews, which is in many cases against the law."

Derek hasn’t received any thanks yous.

Sierra was an amazing server! She was sweet, polite, & overall a genuine person! Def will come...

Been off and on for 20+ years. I've made real life friends and the chat/gaming is fun. Sometimes...