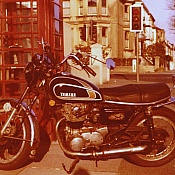 I worked in Energy industry 41 years same company (not Octopus) and I can say they are best of the bunch for customer service.

Its taken me several weeks to resolve my most recent issue with my Ring Mk1 doorbell but I cannot fault the customer service other than the speed of resolution.

The Ring Team are very good at resolving the issues - eventually so whilst its been painful owning the product I have to be fair and upgrade what could have been a 1 star review to 4 stars because of the customer service.

I have used my Ring Device for a nearly three years now. After an initial swap out of a faulty device a few months after purchase have been relatively pleased with functionality.

There's been a couple of issues along the way with connectivity but since February 2019 several issues mainly due to incompatibility with other android software.

1. Ring functionality just dropped of my phone without reason
2. My wifes phone is also not picking up Ring device now.
3. I have provided numerous screen-shots and carried out all the troubleshooting known.

I always do the price comparison on insurance and as an after thought checked Direct Line last year. They where best price and cover by far.

Guess what after a year they've nailed it again and offer the best value. Not only that when I added another driver there was no dreaded 'admin charge' (other companies take note)

The customer service is excellent so I'm giving 5 stars.

Direct Line exceeded my expectations and that is a rare thing these days.

I have reviewed before on Trustpilot but feel others should know about this company. After months of waiting for an explanation to the issues I have experienced, they have written to say they need more time than the 8 weeks allowed by the Ombudsman. Unbelievable!

After a cancer scare my wife she was referred to a senior consultant to have the offending lump removed. He arranged to carry out immediately after the consultation. Health on line refused to agree w/o a letter from him, which he sent immediately. Wife in tears Health on line then said have to go to another department for decision so couldn't agree immediately.

Finally after several phone calls and a lot of waiting we got the OK - no apology. I also ended up paying another £330 on top of my monthly payment because these thieves determined the follow up appointments to advise of biopsy and check progress after operation where consultations and therefore not covered.

However the crooks have had the time to advise me that from September my monthly payment will be increased to £425. That represents an increase 50 times the rate of inflation from my original quote £212.

I have cancelled my contract and will be dealing with the Ombudsman as well as claiming compensation for the issues they have caused.

I can honestly say by far the worst and most incompetent company I have ever had the misfortune to have dealings with.

AVOID or pay the price.

Derek hasn’t received any thanks yous.

Derek doesn’t have any fans yet.

Derek isn’t following anybody yet.

So glad I found octopus the email response to question and even on the telephone no lengthy wait...

I was growing accustomed to the ring experience overall I found it to be rather helpful but then...