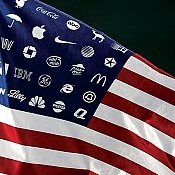 32 Avenue Of The Americas, New York, NY 10013
*******872
*******@heatusa.com
Helpful (21)
Thank you
MerchantCircle
“Businesses at MerchantCircle can and will remove any...”
Businesses at MerchantCircle can and will remove any negative comments or reviews at this website. This is very unfair to the consumer who is not able to read the negative reviews that the businesses do not what consumers to read. Try writing a negative review at their website: merchantcircle.com, it will be eliminated within days by the business it was written about. Try to call their 800 number from their website: merchantcircle.com. *******203. It always says this business is temporary closed or want to charge you $34.95 to talk to them. Consumers need to stand up to these so call consumer advocate websites otherwise we the consumer will get taken and scammed into thinking these businesses have only wonderful reviews and do business with them. Stay away from MerchantCircle.

Email I received from MerchantCircle after 20 emails questioning why my review about "HEAT USA" was removed:

Merchants are allowed to manage their Reviews feature, hence, they can remove individual reviews or the entire feature if they so desire.

DENNIS hasn’t received any thanks yous.

DENNIS isn’t following anybody yet.

They claim to be a consumer-based leverage buying group who saves you money on heating oil. In...