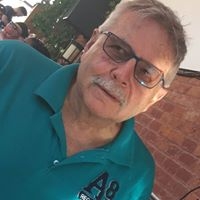 I bought online an armoire (wardrobe). It was delivered by one person in two flat cartons. I asked if he would help to assemble it. No. First I would have to go to the store and pay for the service. Impossible to do it online. Ok so I tried for nine hours to assemble it. I only partially succeeded. I called IKEA and they said it is written that you have to be two people to assemble. Apparently there was an X on one guy, and two smiling guys looking at a pile of boards. That meant you had to be two people to assemble it. I tried to have it returned: they told me I had to return it myself, even though it would need a big truck to do that. Plus I would have to undo all I had done. I tried. Called back later that night and said it was impossible to undo. They said it was possible to return it but if I paid $50 it could be done, but I still would have to undo everything. Slept on it. Had resolved one problem overnight. Finally emailed my 2 kind neighbours to come to help me. We spent another 4 hours to assemble it and still the doors were unstable. The next day we finally finished it adding another hour. When I bought it online I was never offered the option to have it assembled. When I asked for it they said it was now impossible since the box had been opened. Had they told me I would have gladly paid de $83 extra to have it assembled, over the $99 to have it delivered. Their solution was for me to return it to the store and only then could I have paid for it to be assembled and redelivered

Helpful (0)
Thank you
Capital Cruises
“Cruise to the waterfalls”

Excellent tour boat with bilingual staff. Good presentation of the key buildings and bridges along the way. The highlight was to get very close to the Rideau waterfalls.

Denis hasn’t received any thanks yous.

Denis doesn’t have any fans yet.

Denis isn’t following anybody yet.

Ikea may have great products and be very affordable, but their chosen delivery service - NAL - is...

Good Afternoon, I am so disappointed of Appliance form IKEA and never will recommend to buy any...