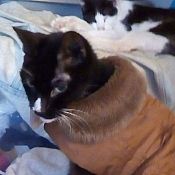 I had a Facebook Marketplace store that I used to raise funds for our animal rescue at Christmas time. Someone ordered a pair of earrings last week and I shipped them off immediately because they are a friend of mine. They paid via Facebook payments, which go to Stripe. When I didn't see the money in my Paypal, I went into my Facebook Marketplace settings and discovered that (most likely an old volunteer) set up an account with Stripe to receive payments from Facebook. Luckily, until now, most people have used Paypal directly instead of going through Facebook to make a purchase. However, there is money in the Stripe account, and they are refusing to send it to me until July 25. In addition, they claimed that the payment for the earrings came through TODAY - even though I know they were paid for a week ago and were shipped then.

As soon as I get my money, I'm leaving Stripe and telling everyone to steer clear. Fees are more than Paypal, customer service is non-existent, and everything I'm seeing tells me their security is non-existent. I predict they won't be around much longer. I'm also sending an email to the Treasury Department about them.

I use stripe as a payment getaway for my online store one year now! This one year 2-3 clients...

Ive had nothing but drama with this "company" as they received payments from my customers that...