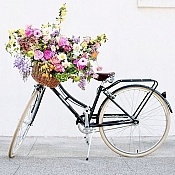 It's been obvious for awhile now, but there is an actual video of Shea with, I believe it is ANTHONY KUO, by her side, promoting FivePoint's scheme, to, once again, kill the Veterans Memorial Park and Cemetery at the ARDA site. One again, CHRISTINA SHEA, ANTHONY KUO & Shea's hand selected puppet, MICHAEL CARROLL are ignoring the will of the people and initiating motions on behalf of FivePoint to make sure that the long awaited approved ARDA site at the Great Park does not become a Veterans Cemetery. They are a disgrace to our City!

Irvine, California, is a pricey piece of California paradise on the surface, but underneath, a city of deadly cancer clusters, with a sea of toxic carcinogens flowing beneath its streets.

This is south Orange County, a place where people have plenty of money and success, but whether they know it or not, the people of Irvine are also part of a dirty, well kept secret.

This toxic soup of military chemical contaminants in the groundwater, is from the old closed-down El Toro Marine base. The dirty water tables pass directly under Irvine neighborhoods where so many people are sick, and flow beneath Irvine City Hall. Why would that be? How could that be? Surely Irvine's real estate agents would have been required to disclose the fact that Irvine is smack dab on top of a dangerous underwater "plume" of military base toxins, right? Or surely the Irvine City Council and the Mayor would inform its residents of the dangers that they are exposed to everyday, especially children that attend Portola High School, right?

Wrong. The vast majority of people inlaid out hundreds of thousands of dollars for their homes and were not told that they were buying property that is potentially, horrifically contaminated!

Not a single homeowner that I have talked to was advised that the community we live in was constructed over the toxic water of an EPA Superfund site. I have talked to former real estate agents who left Irvine because they couldn't stand the unethical tactics of many Irvine Realtors and City Council Members who, conveniently look the other way because the profits they receive are just to good to pass up! The current Irvine City Council plans to make the Marine base land part of a massive commercial development, "under any conditions." That's thanks to the current Mayor, Christina Shea, her council members, and her benefactor, developer FivePoint Communities.

Irvine residents are exposed to TCE (trichloroethylene), benzene, PCE (perchloroethylene) and other VOC's (Volatile Organic Compounds) on a daily basis. TCE is a triple chlorine degreaser and the main contaminant used at the base. It has since been taken off the market.

The ground and water table are contaminated and that fact will never go away no matter how many times wealthy developers swear to it. Orange County residents should demand that corrupt California politicians alert the public, and at the very least, they should be monitoring all ground water and put a stop to further development on toxic land! This type of contamination can not be treated, only transferred. Hundreds and hundreds of former El Toro Marines, on any given day, are suffering from the effects of these chemicals. Many are going to die from their illnesses, countless numbers already have.

If you want a snapshot of this, visit the Facebook page, "Toxic El Toro" and you can read endless accounts of death and suffering written by former El Toro residents: Marines, civilians and military family members.

Yet, Irvine knowingly keeps building homes and commercial buildings on top of toxic land and without disclosing this fact to the public. The Irvine City Council takes the word of a developer that states land has been cleaned when, in fact, it is impossible. Knowing from Environmental Reports that land that is this contaminated can not be cleaned, it has to be removed! And that would take years and years!

So, while the Mayor of Irvine continues to make lucrative deals with FivePoint, the residents and potential homebuyers will be the ones to suffer, not only when home values go down drastically, but when their health and their families health suffers as well!

And last, but certainly not least, FivePoint is being sued in the county of San Francisco for knowingly building homes on contaminated land. Two homeowners are suing this developer because the value of their homes have drastically decreased and, for health issues now and for potential health issues in the future. And yet, OUR Mayor, CHRISTINA SHEA, continues to make deals with this developer. This should be illegal (possibly is) and this Mayor should be removed from office for knowingly endangering the lives of its residents and potential homebuyers by continuing to authorize residential and commercial building on toxic land!

Dee hasn’t received any thanks yous.

Dee doesn’t have any fans yet.

Dee isn’t following anybody yet.