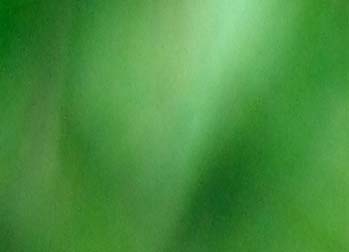 I've ordered from Cow Cow for years and love the silky fabric and bright designs. However, while placing my latest order, I was stunned by an exorbitant $20 shipping charge for five dresses that would fit into a single plastic envelope. To add insult to injury, even though the order was placed 12 days ago, it has yet to ship and there is no tracking information. When shipping was free, I accepted the long wait philosophically. But when shipping costs as much as another dress, I expect better service. I haven't given up on Cow Cow but this has soured my experience with them and has made me less likely to recommend them to others.

Tip for consumers:
There are tons of designs. I'd recommend adding everything you like to your cart and then going back to delete items. Otherwise, you'll never find them again! And be sure to order up a size as items run small.

UPDATE: A few days after I posted my original review, the other two dresses and headband arrived. Because everything arrived, I changed my rating to two stars. However, I still won't be using Rosegal again.

1. The first dress that arrived was of decent quality but was much too small for the average American to wear.

2. The other two dresses were junk, pure and simple. One was made of some itchy taffeta-like material covered with scratchy poor-quality blue lace. The other looked like an undergarment. It might work as a slip, but there is no way anyone would wear it in public.

3. The two headbands were of better quality and they were worth the price offered. The one headband, a gold circlet with leaves, didn't have any edges or combs to grip the hair but it was pretty as a decorative piece. The other, which I thought at first was a necklace, seems to be an elaborate draping headband. Even though it's clearly costume jewelry, it's quite pretty and worth a few dollars.

So why am I not using Rosegal?

1. The shipping time took forever.
2. It is exceedingly difficult to get in touch with customer service.
3. There's no way to return things.
4. Their clothing is not made for the average American woman (designed to fit smaller fine-boned women) and is of poor, to the point of unwearable, quality.

In summary, you might get lucky with what you get but the old saying, "Caveat Empor" definitely applies here.

OK... I've been around the bargain park and am a die-hard fan of Zulily, so I figured I'd give Rosegal a try. Big mistake!

After about a month of waiting, I received a notice that my order had shipped. A few weeks later, a small package arrived in the mail from China. It contained a dress that I had ordered and a necklace that I had not.

Going online, I saw that two headbands and another dress were supposed to have been shipped, but they never arrived.

After trying to submit a complaint at the website itself, I was kicked out after filling out the form as it wanted additional verification as to my identity. To this day, I'm not sure if the form even went through.

At this point, assuming nothing else arrives, I ended up paying $50.00 for a $17.00 dress. Do yourself a favor and stick with the tried and true.

Me? I'm going back to Zulily.

Thank you for recent comments.

Rosegal offers a 30 day warranty to return the products to us for a refund or exchange.
To know more about it, please review our warranty and return policy on our website: http://www.rosegal.com/warranty-return/
Your case has been taken cared of by our support team. Could you please refer to your ticket? We have resolved it there and we are now awaiting for your reply.

We apologize for the inconvenience this issue has caused.

OK. Maybe I got lucky, but Zulily worked beautifully for me. I ordered before reading the reviews and then held my breath until the order came. Much to my surprise, every single item came in two weeks. When I wore the first dress received, 15 co-workers complimented me and one co-worker noted the excellent quality.

Everything I got was new, individually sealed in plastic bags, and was as pictured.

My only concerns are:

1. Some of these items can be found elsewhere for similar prices. I found two of the dresses I bought and some popsicle cake pans on Amazon. All of these would've shipped free through Amazon prime, and the prices were within three dollars of the Zulily price.

2. Not being able to return items is a concern, especially since the prices are so similar to other options. If items aren't as they appear or even if they just don't meet your needs, there's not much you can do.

That said, there are quality deals on the site. $6.00 for shipping is quite reasonable considering the items are coming in two or three different boxes. As for the delay, I've had cancellations and delays on other sites. At least you know what you're getting into here.

My feeling is that if you want a variety of stuff with one shipping cost, and don't mind a long wait and possible non-receipt of items, go for Zulily. You might lose time but you won't lose money.

I have been invited to become a designer on Cowcow 6 years ago. In 2016 they offered me to sell...

Okay, so, when I saw the custom shop here I thought I'd found a gold mine, I LOVE custom stuff,...