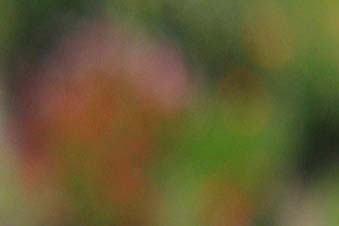 VacationalRentalPros
“Vacation Rental Pros is a dishonest, uncaring, and unprofessional, avoid doing business with them!”

IF you rent the Ocean's Edge property in Ponte Vedra Beach, just pray you don't have an emergency after 5:01 PM. We chose this property because my elderly mother joined us on vacation and required a one story house with no stairs. We have rented this property in the past with no major issues. We rented the property for 10 days. On day 4, a major storm was encountered and we lost power to the property at 2 PM. I called the Vtrips maintenance line and informed them of the situation. They called back a few hours later and informed me the power would be restored around 8:30 PM. As we could not cook at the house, we all went out for dinner. When we returned around 7:30 PM, every house in the street in our immediate vicinity had power but ours.
I called the Vtrips line again and got the on call secretary who took my information and said someone would call me back. NO ONE CALLED ME BACK. I tried called the power company myself, but they would not speak with me as I was not the owner of the house. I called the VTrips line 4 – 5 x over the next 5 hours only to speak with the same person with the reassurance that someone would call me back and no one ever did. As the house became hotter, with no update on when the power was to be restored, we had to make a decision about where we were going to spend the night. As the house became so hot, we all had to wait outside (with the bugs and mosquitoes) until the power was restored well after 10:30 PM. At that time, the temperature in the house was around 82 – 85 degrees (they have two thermometers for their separate air conditioners) and we had to leave and spend the night elsewhere. I understand the property has no control over the power company, but they do have control over keeping us updated about power restoration so decisions can be made regarding seeking other accommodations for the night especially with the consideration of an elderly parent.
Upon returning to the house in the morning, we found that the TVs didn't work and the screen in the living room wouldn't even turn on. Again, I called the Vtrips representative "Whitney" who was uncaring, rude and very unhelpful. It literally took them until Friday late in the afternoon to resolve the problem with the living room TV and only half the bedroom TVs working. Try explaining NO TV for several days to your elderly parent, as it was her vacation too, only without Matlock and NCIS. I spoke with "Whitney" over several days with very little help or understanding but a great amount of rudeness and unprofessionalism.
The bottom line here is if you have an emergency after 5 PM you are on your own. The responsiveness from the management company for issues that arise with the house is substandard and uncaring. I did purchase rental insurance for trip interruptions, filed a claim, and have not heard back from them or the Vtrips representatives. I strongly advise the owners of this property to look into their rental company, because the customer service (no service) is substandard and frankly, the owners should be embarrassed. Do not take the chance on your one weekly vacation a year to stay at this property. Do yourself a favor and stay somewhere else.

We’re sorry to hear of your less than satisfactory experience and hope you will accept our sincerest apologies. We also apologize that a local power outage effected your stay. In researching your reservation, we have found out the issues stated here all were a result of loosing power in the storm. Once aware of the issue about the tv's we did gain approval to have the Tv's replace and installed the next day. With the power going out, we understand there was no electricity to continue to power the AC unit, unfortunately an issue we wish we could have corrected for you. The Eta provided for restoral was that from the local power company. We understand and respect your decision to leave the property. Compensation was offered for the inconvenience and the offer was declined. Again we apologize that your experience was not an amazing one.

They routinely lose reservations. They lie or act stupid to no end. Their housekeeping is poor....

We had to cancel Florida trip in March due to surgery. Our lodging in Sarasota immediately...