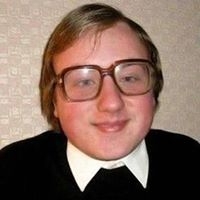 A friend of mine who's 45 years old, has been bald for 20 years. Like a billiard ball.

I'd not seen him for about a week and I was getting worried about him, so I went round to his house. The guy who answered the door I did not recognize! My friend had bought what is called a 'full cap hair system', which is like a wig but looks great, much better. He wanted to write a review but couldn't put his joy into words so I am doing it for him. Amazing result!

It's knocked those 20 years off him.

www.freedating.co.uk is a horrible dating site that's never ever been any good. Too much of a clique on the forums. Same old faces, year in, year out. No one answers messages, and no women post messages to guys. Avoid.

I have been visiting POF for about six years. In the early years I dated and met a lot of women. Let me say I am NOT good looking. Just an average guy. Even some people might be cruel and say I am ugly. But no matter. In the early years women DID respond to messages. They DID read the profiles and they DID message first. At one time I had 38 unread messages in my inbox. This was about 2011. However, over the years the interest women have shown has declined. That said, even back as 2014, I was still receiving messages (different profile). Not as many as in 2011, but I was going on dates. But all this good stuff has now ended. In 2016 I have had six new profiles. No messages. No replies. And obviously no dates. With each new profile I felt I was invisible. And I probably am. No disrespect to the women on there, but I have even messaged the fat ugly ones and still no replies. Only 9 profile views over six profiles, over 11 months. It's not just POF. Oasis, OKCupid are also DEAD. I put this down to there being far too many scammers, fake men's profiles and of course the women are far too picky. Arrogant and won't even look at the profiles never mind message back. POF, RIP.

Davy hasn’t received any thanks yous.

Davy doesn’t have any fans yet.

Davy isn’t following anybody yet.

They modify and monitor messages. They stipulate it that you communicate only via their platform....

This dating site by far is even worse than POF which I thought was bad enough, especially after...