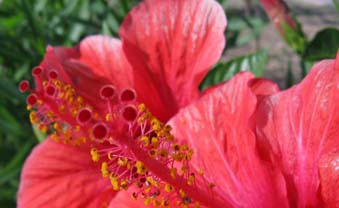 Reliant Plumbing
“Buyer Beware”
2/23/19: Leak dripping from an exposed pipe in our unfinished basement. Called Reliant Plumbing, the technician arrived and quickly determined that the leak was not from the pipe, but was coming from somewhere else and running down outside of the pipe. It would require a search to identify the location of the leak and he provided a quote of $341 for the first hour of search which I signed off on. Before the technician could begin to search for the leak, I identified where it could be coming from in the kitchen above and found a puddle under the refrigerator. The technician didn't think there was enough water to be the source of the leak. I wiped it up and it quickly pooled again. The technician spent 3 minutes cutting the sheet rock behind the fridge to confirm that I was correct. In the end I needed a new fridge. I asked the technician whether I would be charged the $150 service fee or $341 for the search that I made in 3 minutes. He said that as I had signed the quote, I was going to be charged the $341 - however I should talk with the company and they would work with me given the circumstances. No problem.

I reached out to Reliant the next day and was told that they would look into it and get back to me. Weeks later I realized that they still hadn't responded. I called back and spoke to Steven, the supervisor, who told me that I had signed the quote so they were charging $341 for me to find my own leak within 3 minutes. I appealed that the technician hadn't even been there for the hour of the service call and that it seemed to be more than fair to include within the $150 service fee. He didn't care, $341 was the bill for less than an hour of his technician's time (that's a $682,000/yr technican). And he wouldn't pay me for the few minutes I took in finding the leak before his technician even began to look for it.

Buyer beware: do not go to Reliant, they really give a bad name to plumbing as they will absolutely take advantage of you. I can't comment on the quality of their plumbing work as it wasn't needed, but I can comment on the quality of their character - they may be competent plumbers, but unfortunately they're not a high character organization and take advantage of their customers. So buyer beware - I rarely write reviews, but I really don't want this to happen to anyone else in our community.

Recommendations: LT Plumbing or Cold is on the Right Plumbing. Both were highly recommended to me, but the leak happened during the weekend and I couldn't reach them quickly and blindly picked Reliant Plumbing out of the pack. Big mistake.
Helpful (1)
Thank you